Touring Africa since April 8, 2016 with the support of the Institut Français, Elida Almeida, the RFI Discoveries Award winner in 2015, had a great concert on Saturday, April 16 at the Alliance Française Accra. A powerful concert attended by more than 500 spectators... Interpreting the album "Ora Doci, Margos Ora" (Sweet Moments, bitter moments), her beautiful charming voice enchanted the public. Starting with Togo, Benin and then Ghana, the singer would be visiting Ivory Coast and ten other African countries.

Alliance Française Accra was glad to host Elida Almeida from Cape Verde and winner of PRIX/RFI/FRANCE 24.

The concert tookplace on Saturday, 16th April, 2016 at Alliance Française Accra at 8pm.

Opening the act for Elida was Yaa Yaa, the beautiful Ghanaian songstress and winner of the best collaboration award of VGMA 2012 churning out melodious tunes for our listening pleasure. 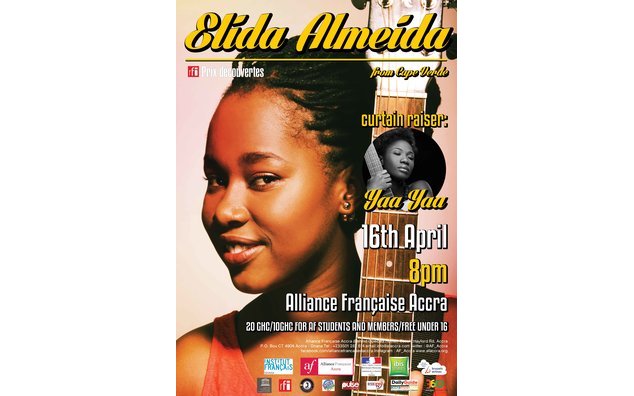 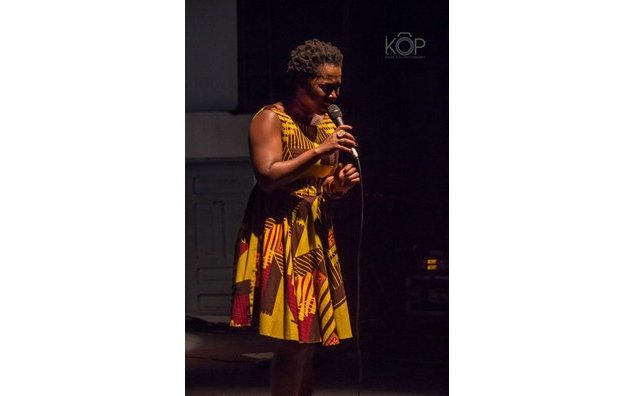 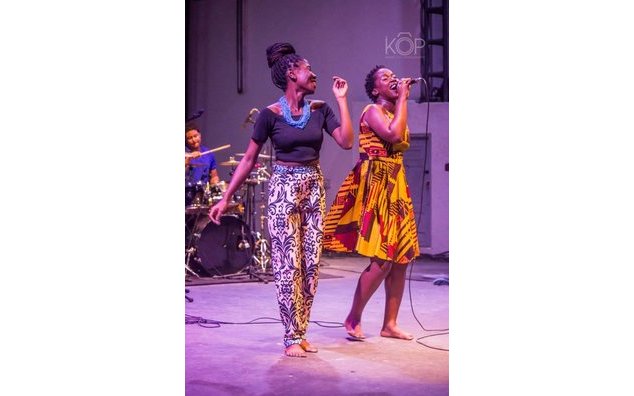 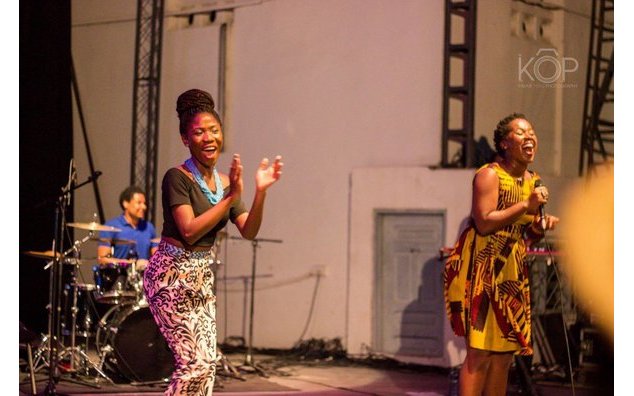 Born in 1993 in the town of Pedra Badejo, Santa Cruz, on the Cape Verdean island of Santiago, Elida Almeida lived in her grandparents’ home in rural Matinho. When her adored father died before his time, she was devastated. As if the loss was not enough, she had to leave all she knew behind and move with her mother to the unfamiliar island of Maio. But despite all this, Elida refused to let misfortune dampen her spirits. Her childhood may have seemed gray, but her dreams were bright and colorful. Elida had a strong sense of justice and thought to become a judge or district attorney to help people who, like her, were facing hardship through no fault of their own. But music was her great passion. She was already a mother by the time she returned to Santa Cruz, but still managed to continue her studies while looking after her child and little brothers. Her self-confidence was unshakable and she was an outstanding student, winning different prizes each year all through high school and college. Meanwhile, music remained her great comfort. The first song she wrote when still at high school already spoke of sorrow, but also reflected her soaring hopes and dreams. Elida’s first album, “Ora doci Ora margos” (Sweet Times Bitter Times), was based entirely on her early life and the sweet and bitter experiences that shaped her humble existence. Elida Almeida wrote the words and music of most of the songs on this first record and sings with a touching sincerity that moves all those who identify with her story. Even the most detached listener will be enchanted and engaged by her deep, powerful voice, which seems to spring from the innermost sanctum of her heart: animated, still youthful and steeped in the blues of her troubled childhood. In 2015, the young Elida was adjudged the winner of the prestigious RFI Prix Découvertes (Discoveries Award) music contest. Held annually since 1981, the RFI Discoveries Award rewards the very best in ‘world music’. She was nominated for the songs ‘Nta konsigui’ and ‘Lebam ku bo’ from her debut album Ora doce, ora margós. Starting a tour in Africa from 8th April in Lomé, Elida will be stopping in Ghana for the first time to deliver an outstanding performance to the pleasure of all at Alliance Française Accra.