On 10th October, the Embassy of France in collaboration with Amnesty International Ghana, organized an event to mark the 14th World Day against Death Penalty.

The Ambassador of France to Ghana, H.E. François Pujolas, The Minister of Justice, the Attorney General, Ms Marietta Brew Appiah-Oppong and the Ambassador of the European Union to Ghana, Mr William Hanna, graced the occasion.

Last year, progress was made in this regard since four countries abolished the death penalty- Madagascar, Fiji, the Republic of Congo and Suriname. This is commendable since it is the most number of countries to abolish the death penalty in one year since 2007. 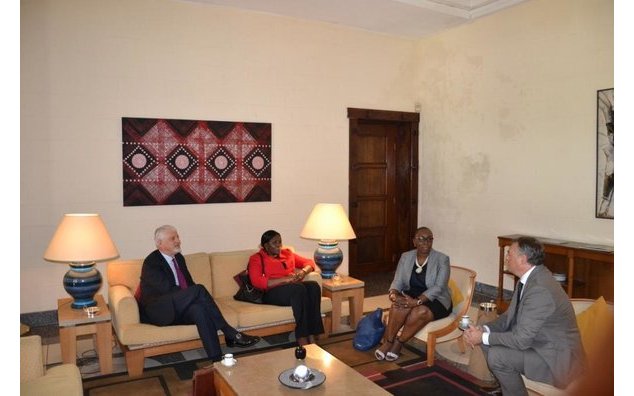 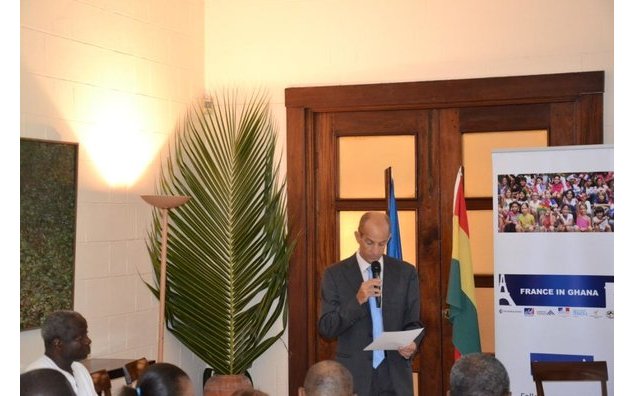 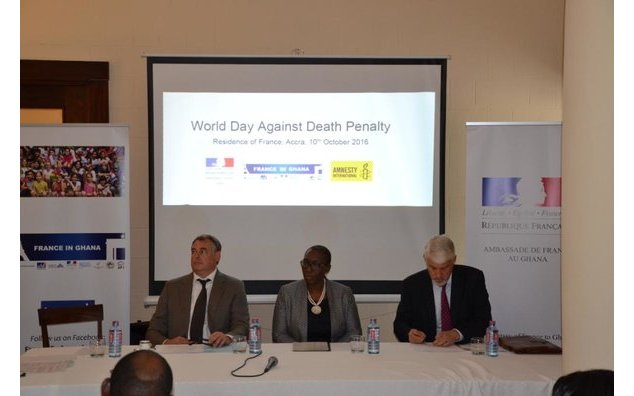 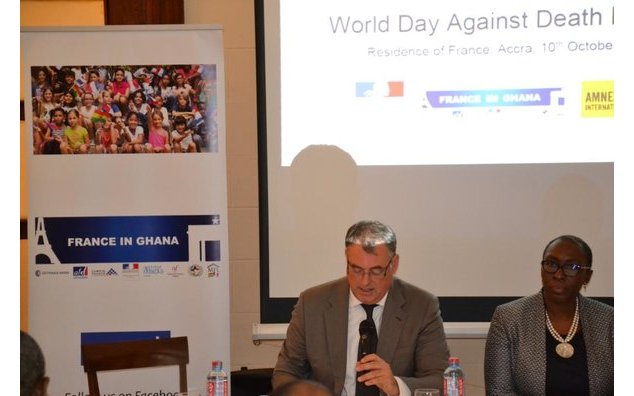 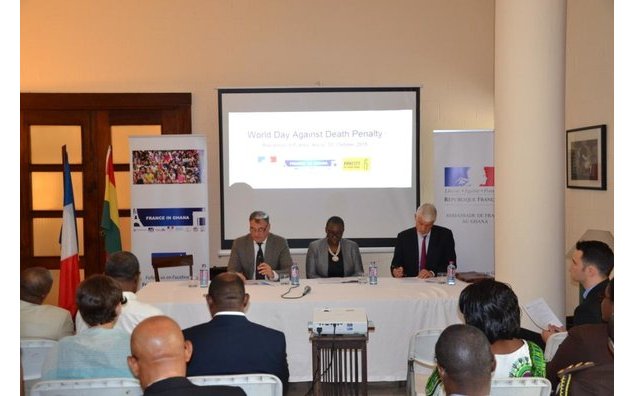 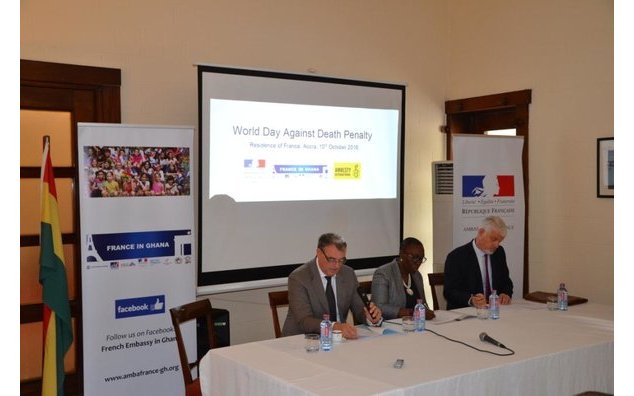 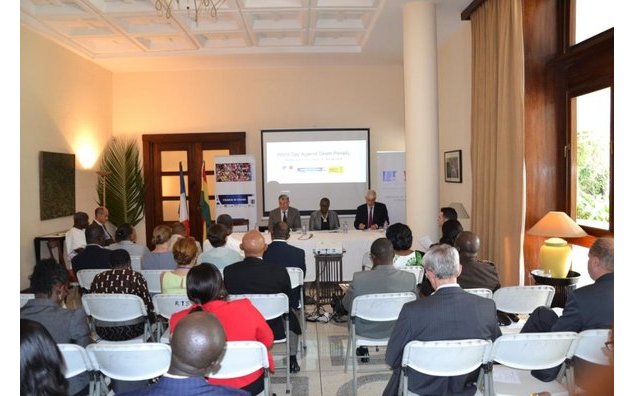 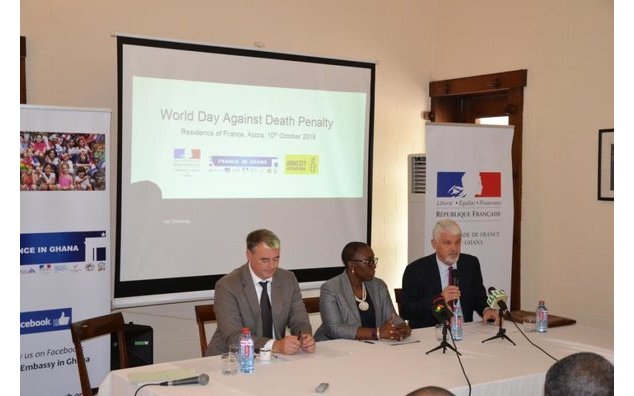 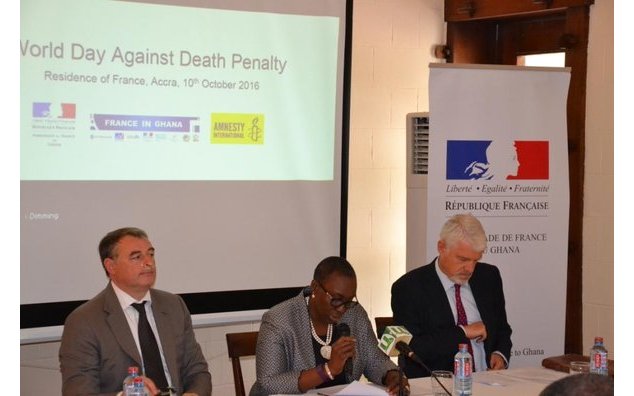 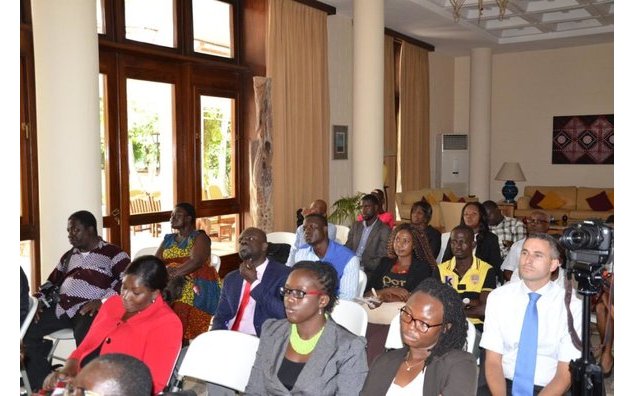 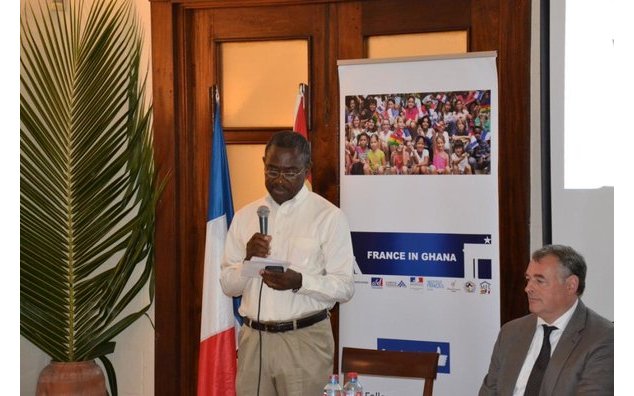 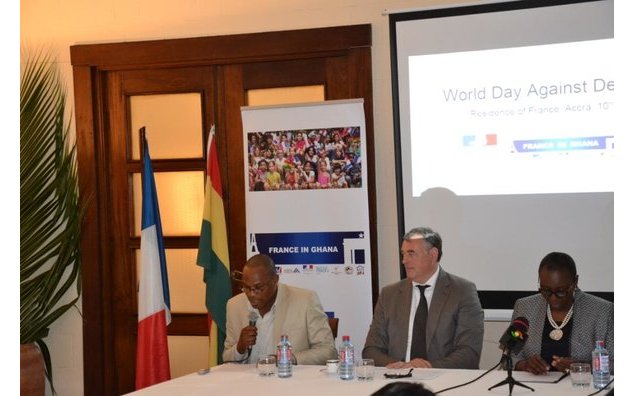 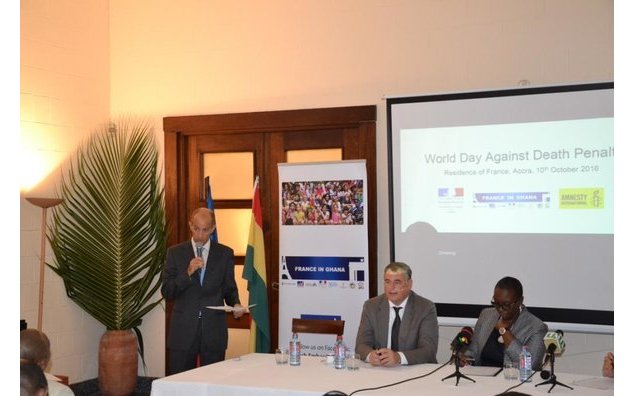 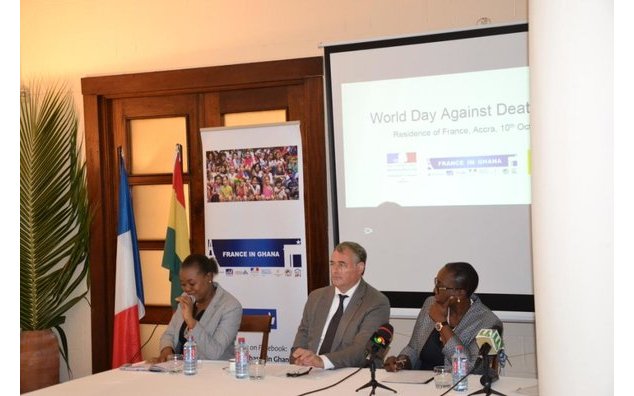 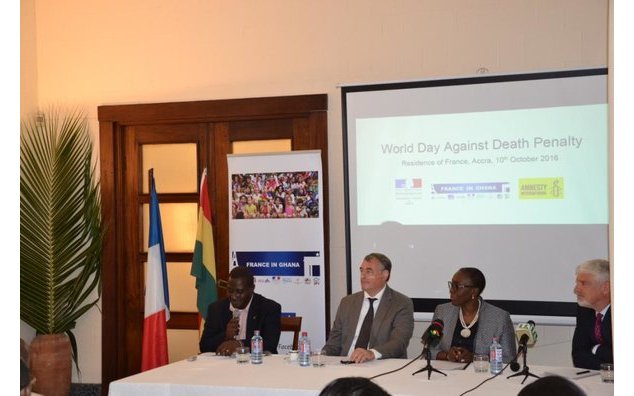 For the past few years, France has been supporting events on the issue of the death penalty.In Ghana, in 2011, the Constitutional Review Commission recommended to the President that the death penalty should be abolished. This recommendation was accepted by the Government of Ghana. However, as one of the entrenched clauses in Ghana’s 1992 Constitution, the recommendation for the abolition of the death must go to a referendum for the people of Ghana to make a decision. Ghana is therefore at a crossroad on this issue.

The Attorney General, Ms Appiah-Oppong and the Ambassador of the European Union stated emphatically the need for the abolition of the death penalty. Also present at this event was the chairman of the Constitutional Review Commission as well as the Director of the Commission on Human Rights and Administrative Justice. They gave brief presentations on the state of the play of a potential referendum on the issue in Ghana. Civil society organizations were also invited, among them the Human Rights Advocacy center and the Legal resources center.

The event was rounded off with a lively discussion on ‘“Referendum on the Abolition of Death Penalty in Ghana - The Way Forward, Prospects and Challenges.”