During a ceremony held to mark AF’s 60th anniversary, the French ambassador presented the Academic Palms award to two Ghanaian personalities for their meritorious service to the Alliance Française

On Saturday 18th November at the Alliance Française in Accra (AF Accra), Dr. Eric Graham, former board chair of Alliance Française and Madam Lillian Osae-Kwapong the current chairperson, were christened Knights of Order of Academic Palms by the French Ambassador to Ghana, François Pujolas. This distinction was conferred on them during the closing ceremony of Alliance Française’s 60th anniversary celebrations.

The academic palms, the oldest order originally instituted by Napoleon I in 1808 used to be an honorary title reserved for University members (including high schools at the time). In 1866, the mode of attribution was extended to persons outside academia but having rendered distinctive services to education. The decree of 4th October 1955 later established the Order of academic Palms, comprising the grades of Knight, Officer and Commander. The academic Palms may be bestowed on foreign nationals as well as French nationals living abroad, who actively contribute to the advancement of French education and culture in the world. 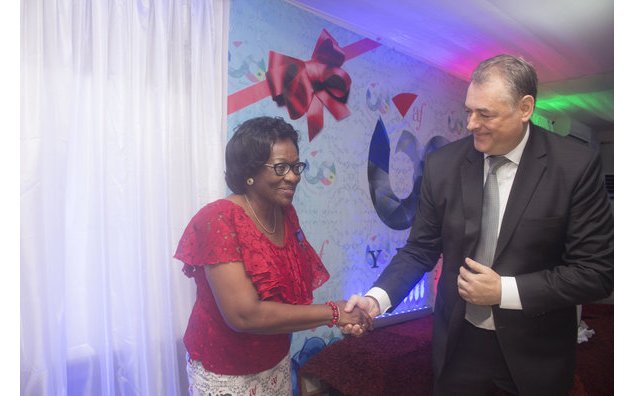 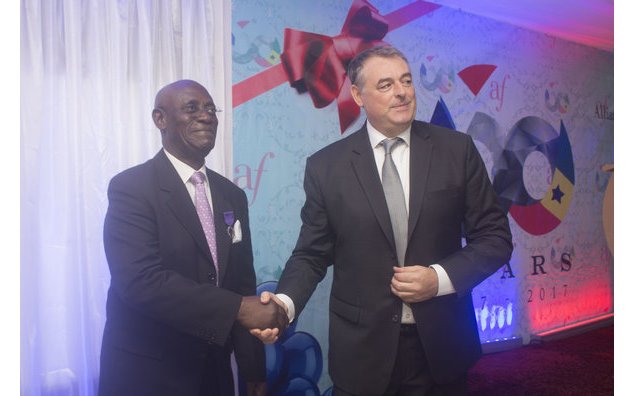 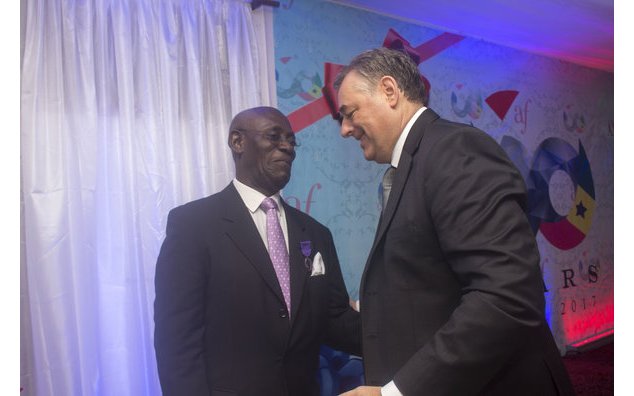 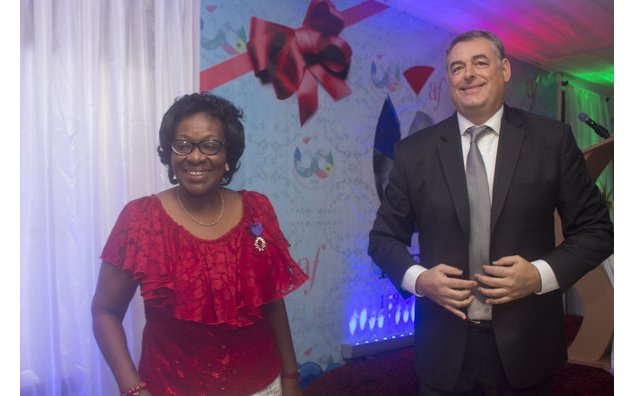 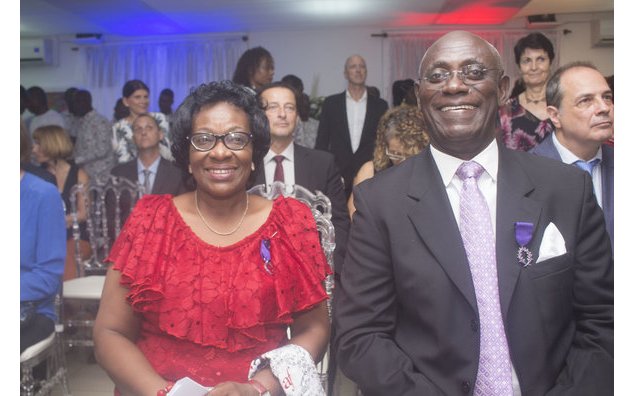 Ghanaian-born Eric Engmann Amonu Graham had his first encounter with France and the French language, in Senior High School, then afterwards, at the Alliance Française in Accra, in 1963. With the support of a French government scholarship, he gained admission to study at the University of Strasbourg in North-Eastern France. After having completed the first part of his studies in French language and medical sciences, he pursued his studies in Medicine in Liege (Belgium) where he obtained a degree in Medicine. After 12 years in a francophone setting, he returned to Ghana to begin his medical career. Dr. Graham served as Head of the Anesthesia and Intensive Care Unit of the 37 Military Hospital and afterwards became a board member of the Alliance Française in 1999, before assuming the position of chairman from 2012 till February 2016. Since then, Dr. Eric Graham has continued to serve as an exemplary model to the Francophone and Francophile community in Ghana through his priceless contributions towards many activities and initiatives promoting Franco–Ghanaian cultural exchange. For instance, he recently participated in the establishment of the France Alumni Ghana association which was launched only last October.

Lillian Osae-Kwapong in her early years, studied in Ghana and in Lausanne, in a bilingual environment. She joined the Alliance Française in the eighties when the institution was still located in the CFAO building close to the Makola market. Madam Osae-Kwapong has multifariously been involved in the development of Alliance Française; especially it’s Bilingual Diploma in Office Management section. For 26 years, she was a jury member for this course and would later become the first female board chair of AF Accra from 1994 to 1999, a position she currently holds, for the second time. Incidentally, the initial construction of the present premises and the recent renovations were both carried under her leadership, during her first and second tenures respectively. Madam Lillian Osae-Kwapong has indeed made great contributions to the spread of French culture and language in Ghana and maintains her strong ties with Francophone countries.

Both laureates thanked the French ambassador François Pujolas for this honour, and expressed their profound gratitude to France for all the merits they have gained from their association with it. “It is important to reward the people who have dedicated their lives to fostering cultural exchange and closer relations between our two nations. This year’s special 60th anniversary celebration of our diplomatic relations only marks the beginning of an enduring collaboration between France and Ghana. It is thus important for France to recognise the efforts of such persons who promote the French language and the values to which France and Ghana are both attached”, explained the Ambassador.