The coordinator of the French language training programme for the Ghanaian military forces visited two participating training centres at the Sekondi and Kumasi military bases from 9 September to 21 September.

Within the framework of military cooperation between France and Ghana, Evelyne SASSY-AKUE, coordinator of the French language training programme for the Ghanaian Armed Forces, visited 2 training centres at the Sekondi and Kumasi military bases from 9 September to 21 September.

During the visits, the project coordinator actively participated in the preparation of candidates for the Diplôme d’Études en Langue Française (DELF), financed by the Military Cooperation Detachment represented by Colonel GELAS-DORE, and ensured the smooth running of the centre both in terms of equipment and pedagogical review.

The representative of the French side would like to thank first of all the Education Office represented by its new Director, Colonel ASMAH, for the good conduct of the visits and for their welcome in the centres, Flag Fleet Officer Commodore OSEI-ASANTE (Western Naval Command) and General APHOUR (GOC Central Command), Lieutenant-Colonel ACQUAH, and finally to salute the enthusiasm of the teachers (Mr Mensah KUDAFA, Miss Sherifatu KADRI, Mr Peter ZAMEKUU, and Miss Alberta NYAMEKEH) and the strong involvement of the Ghanaian soldiers in learning the French language.

Since its inception, the program has trained more than 1,000 Ghanaian military personnel sent each year on peacekeeping missions in Côte d’Ivoire, Liberia, Lebanon and Mali alongside the French-speaking military forces of neighbouring countries. 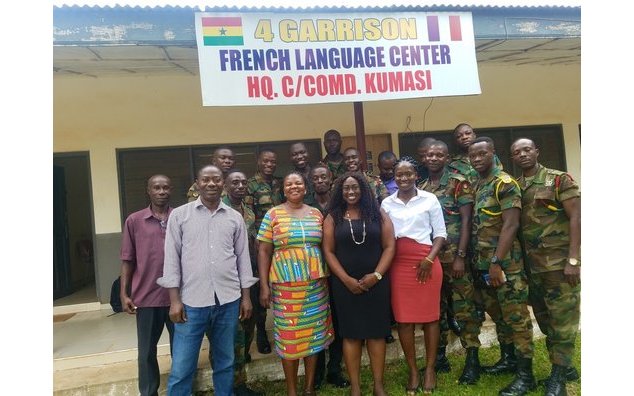 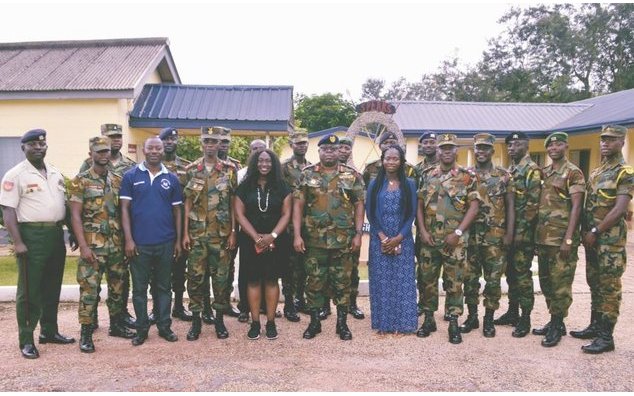 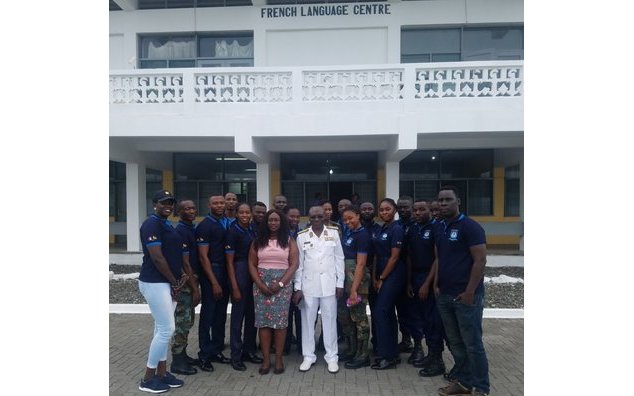