The Embassy supports training program for military officials at KAIPTC

On 14th October, the 25th session of the Joint Campaign Planning Course (JCP) organized and financed by the French Government ended at the Kofi Annan International Peacekeeping Training Centre (KAIPTC). H.E. François Pujolas, Ambassador of France to Ghana attended the closing ceremony and handed the certificates to the students in the presence of Air Vice Marshall G.S. Evans, commandant of the KAIPTC. 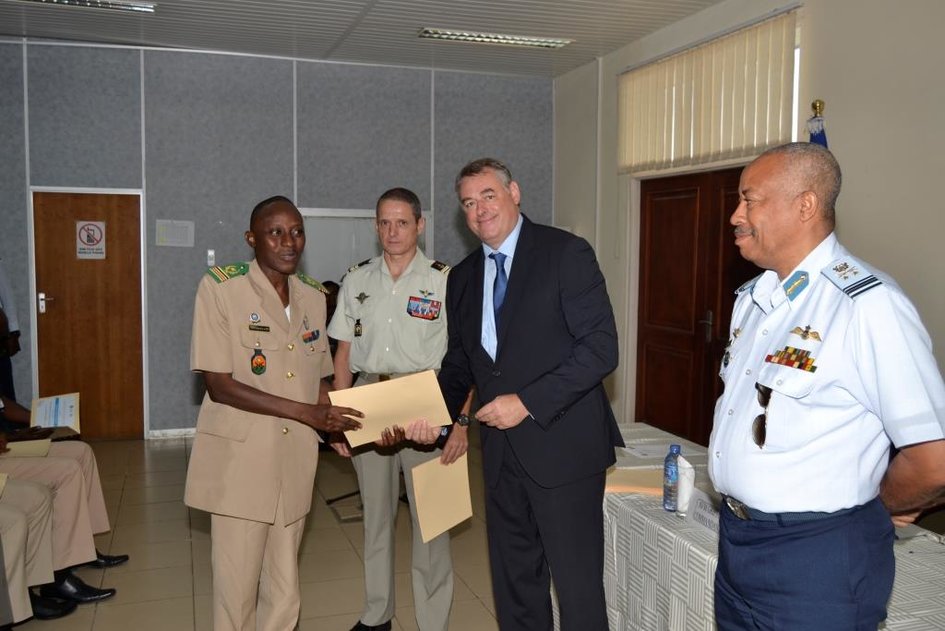 During the ceremony, H.E François Pujolas recalled that this course “shows the commitment of France to help build a better and common response at the regional level to all security challenges. “ He welcomed the participation of officers from the sub-region and beyond, and took the opportunity to underline the efforts made at the KAIPTC as well as moreover the Ghana Armed Forces to support and develop the use and teaching of the French language in a Defence and Security context. 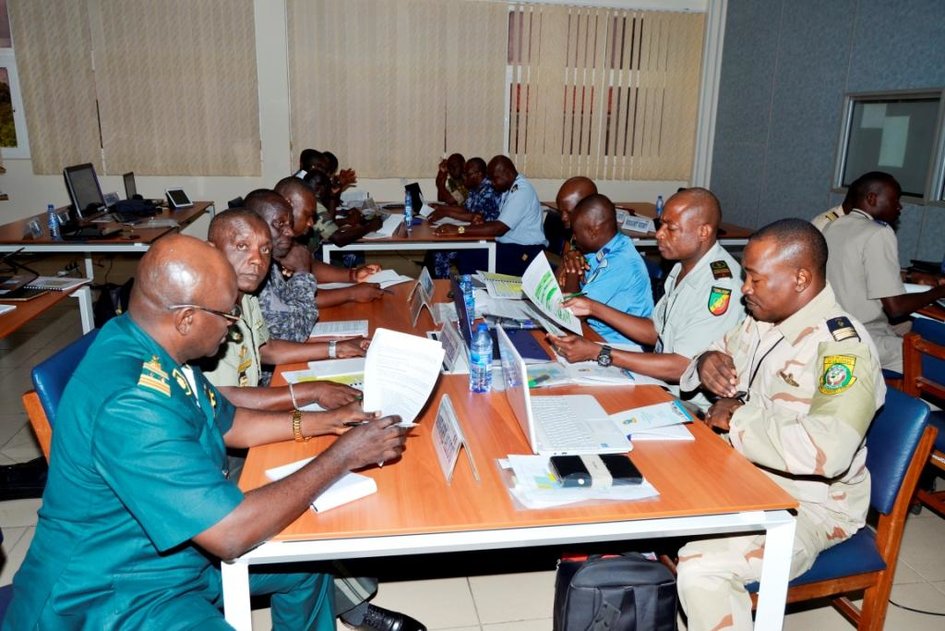 The course was designed in two phases; a theoretical and implementation phase was delivered during the first week, followed by a practical exercise the second week. This training mainly focused on the practical methods of operative planning, a procedure which encompasses preparation for a joint operation at country level. 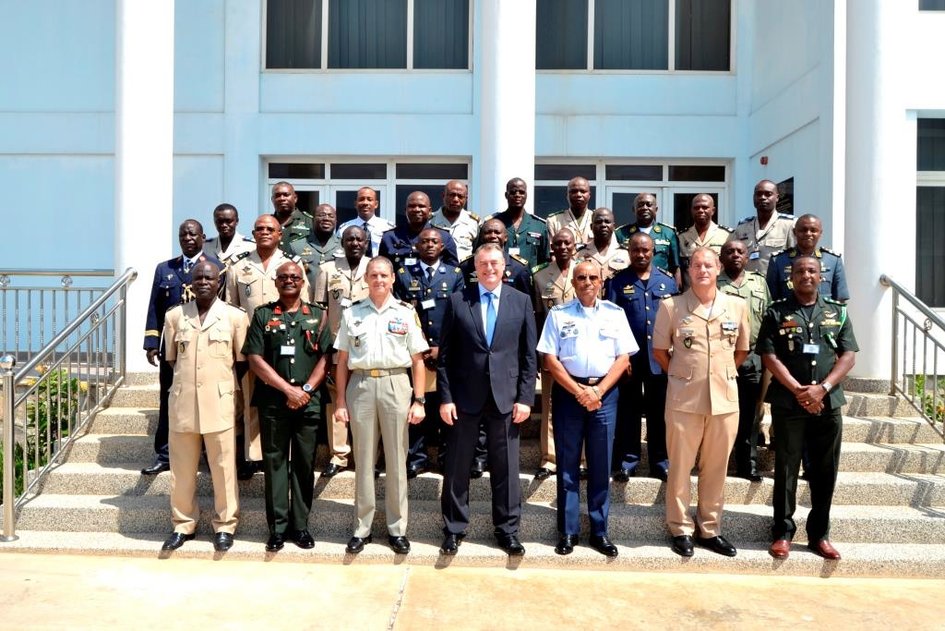 The 22 participants were officers of Armed Forces and Gendarmerie from the rank of Major to Colonel and drawn not only from West Africa but also from Central Africa and from Madagascar. Some of them had already studied at the Command and Staff College in Paris or China and three (3) had worked at the ECOWAS Headquarters. The facilitators came from Senegal, France and Ghana and are all graduates of the French Command and Staff College.

At the ceremony, the course Director and liaison officer, Lieutenant Colonel Philippe Costes of the French Army Forces indicated that “the objective of the course is to give a common language in order to conduct an interoperable planning between different armies engaged in a regional crisis with adapted keys for multinational operations and more specifically for the French standard. Even more condensed, this course teaches the same planning techniques that are taught at the Command and Staff College in Paris”.