The Ambassador of France in the Western Region

As part of a two day visit in the Western Region, the Ambassador of France to Ghana, Francois Pujolas, made a series of visits to various stakeholders involved in the Franco-Ghanaian cooperation.

He paid a courtesy call on the Mayor of Sekondi-Takoradi, Charlotte Otuwa Odum. The visit was to deepen the French Embassy’s relation with the Metropolitan Assembly and further explore possible avenues for development partnership between the two institutions and other potential investment areas. The French government, through the development agency AFD, has funded a number of development projects in the Sekondi-Takoradi Metropolis. These projects include the provision of the 20 model garage and construction of access roads at the Artisans village (Kokompe) in Takoradi, and the construction of the Integrated Social Center at Afra in Effiakuma.

The city of Sekondi-Takoradi also takes part in the subnational government pilot program aimed at good and accountable governance for citizen’s empowerment. This engagement is done together with the Open Government Partnership (OPG), a 69 country partnership aiming to secure concrete commitments from governments to promote transparency, empower citizens, fight corruption and harness new technologies to strengthen governance. France will be serving as Lead Chair on the OGP steering committee from October 2016. As such, the next OGP Global Summit will take place in Paris on December 7, 8 and 9 2016.

***** The Ambassador also met the Western Regional Minister, Paul Evans Aidoo, with whom he discussed the importance of cooperation in the region. He recalled that France has been supporting projects in the region since 2005, for two of its “Decentralization and local governance” programs. This has been materialized through various projects, aiming to support local democratic debate through capacity building of elected representatives and support for civil society participation. The first project’s success has meant it is currently considered as a pilot to replicate for other regional cooperation projects in Ghana. The second part of the program, running until 2017, puts the focus on the accountability of central and local governments.

***** The Ambassador visited the production site of GREL (Ghana Rubbers Estates Ltd), where he was presented the rubber plantations and the natural rubber processing. GREL, with its French ownership, has been pushing for economic development in the field of rubber farming. Its presence in Ghana was described by the Ambassador as a success story that managed to greatly contribute to economic growth while contributing to social improvement. He stated that this approach also represents France’s vision of a responsible business, with creating an inclusive and sustainable development. 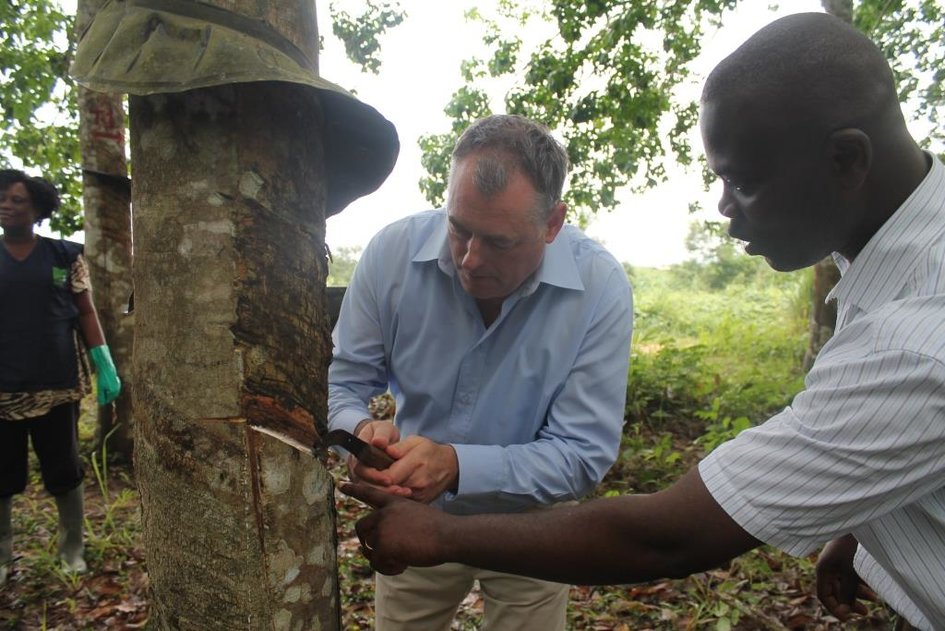 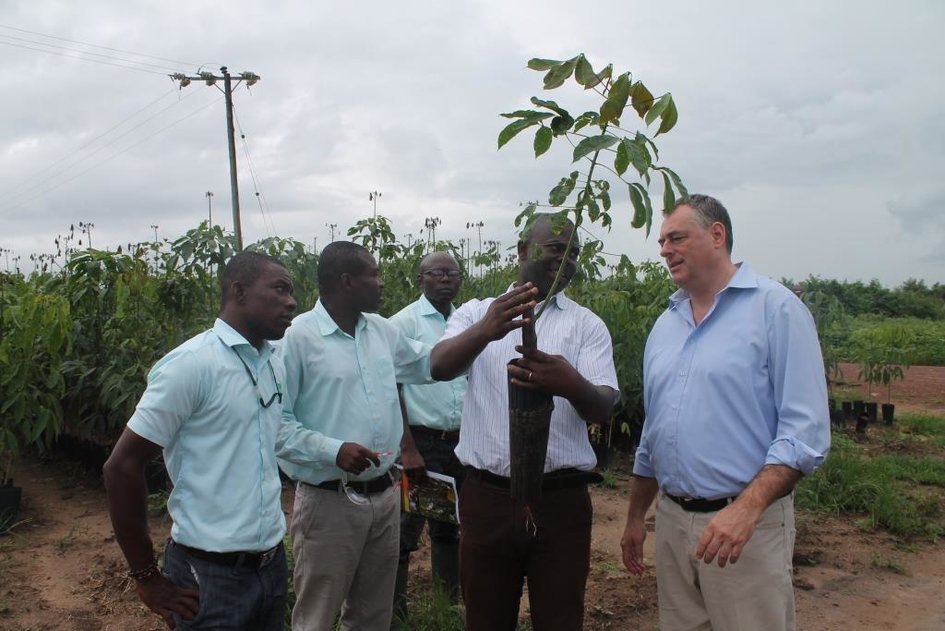 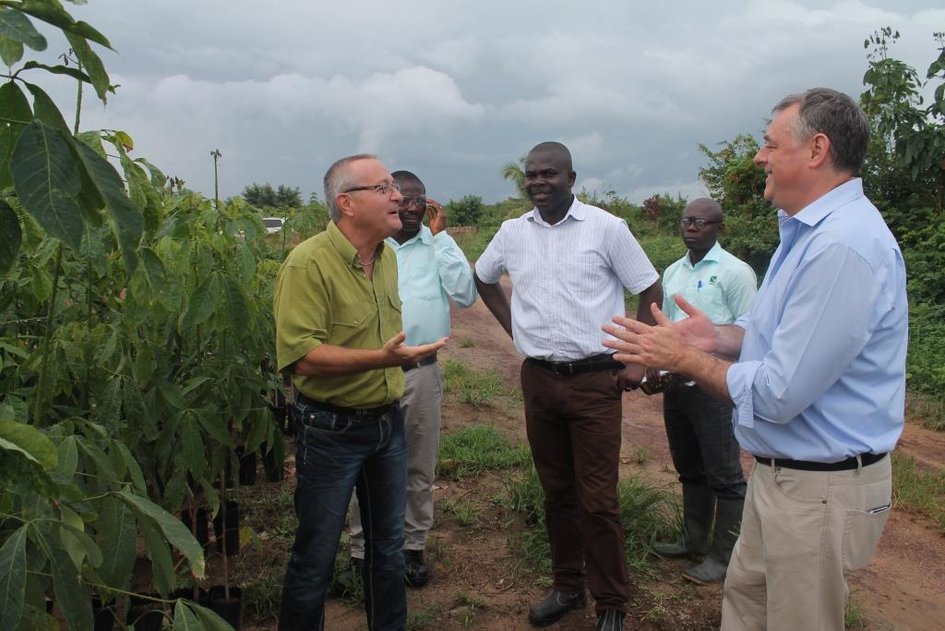 ***** The Ambassador also visited the new Plot factory for transforming cocoa. The Plot group has been investing in the sector and modernizing its production facilities, which are approved by Rainforest Alliance for their sustainable farm management and low environmental impact. The Ambassador commended Plot for contributing to the industrialization of Ghana in a key sector. Furthermore, as part of its vertical integration, Plot recently acquired 17% of the French company “Chocolats de Bourgogne” where they see an opportunity to reestablish a great industrial heritage.

***** On the occasion of this trip to the Western region, the Ambassador paid a visit to the Alliance Française of Takoradi, one of the five Alliances Françaises in Ghana, where he met the team in charge of this cultural venue. He later met the French community of Sekondi-Takoradi and its surroundings.