Symbols of the Republic

Find out here about the principal symbols of the Republic and France’s National Day, 14 July, Bastille Day.

This isn’t just a historic date for France. It is known the world over and most often represents a watershed in history, the move from an absolute monarchical system to republican regimes.

When the Bastille fell it took the absolute monarchies down with it and symbolically signalled the launch of new aspirations whose main values were to be defined by the "Declaration of the Rights of Man and the Citizen" of 26 August 1789, to a large extent, inspired the "Universal Declaration of Human Rights" adopted in 1948 by the United Nations General Assembly, and still remain a benchmark today.

The 14th of July : The Bastille day 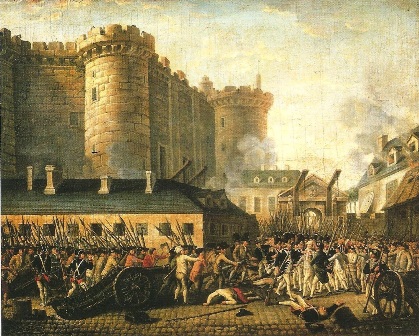 One of the revolutionary days in Paris, now a national holiday. Nowadays, July 14 (or "Bastille Day" as it is also known) is celebrated with a mixture of solemn military parades and easygoing dancing and fireworks. The storming of the Bastille on July 14, 1789 has been commemorated in France for more than a century.

The national anthem : The Marseillaise 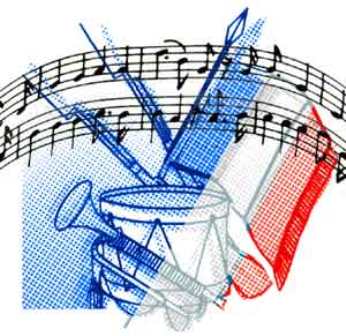 La Marseillaise started life as a revolutionary battle song and a hymn to freedom. It gradually gained acceptance as a national anthem. Nowadays it is performed at most official events. 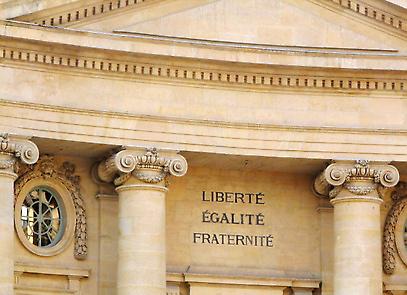 A legacy of the Age of Enlightenment, the motto "Liberté, Egalité, Fraternity" first appeared during the French Revolution. Although it was often called into question, it finally established itself under the Third Republic. It was written into the 1958 Constitution and is part nowadays of the French national heritage. 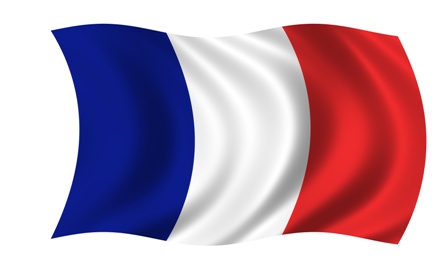 The "tricolour" (three-colour) flag is an emblem of the Fifth Republic. It had its origins in the union, at the time of the French Revolution, of the colours of the King (white) and the City of Paris (blue and red). Today, the "tricolour" flies over all public buildings. It is flown at most official ceremonies, both civil and military.

The Declaration of the Rights of Man and the Citizen 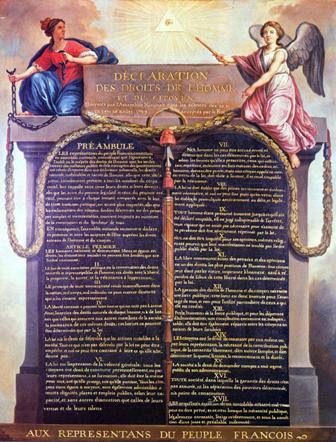 The 1789 Declaration of the rights of man and the citizen was inspired by the American Declaration of Independence of 1776. The French Declaration marked the end of the Ancien Régime and the dawn of a new era. The Constitution of the Fifth Republic explicitly refers to this Declaration, which is now one of our founding texts. 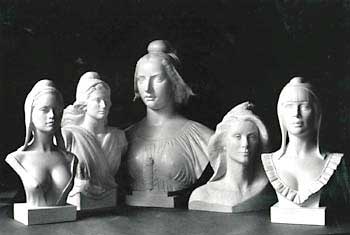 The earliest representations of a woman wearing a Phrygian cap, an allegorical figure of Liberty and the Republic, made their appearance at the time of the French Revolution.

The origins of the name Marianne are uncertain. Marie-Anne was a very common first name in the 18th century, and she thus came to represent the people; the counter-revolutionaries used the name derisively when referring to the Republic.