Friday, February 12, 2016, witnessed the signing of a Memorandum of Understanding (MoU) between the University of Ghana, Legon and Sciences Po Bordeaux. The aim of the MoU is to encourage cooperation in any discipline and programs offered at the two Universities as well as further areas of co-operation which are felt to promote academic and cultural exchange in education, research and other areas. The MoU would facilitate the exchange of students, faculty members for teaching and research, and several joint projects including research, conferences, cultural and degree programs. 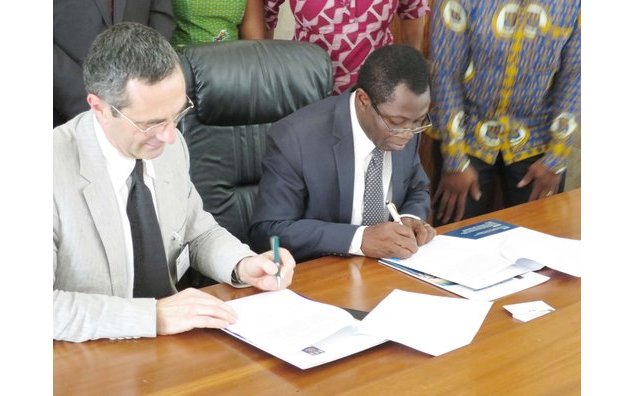 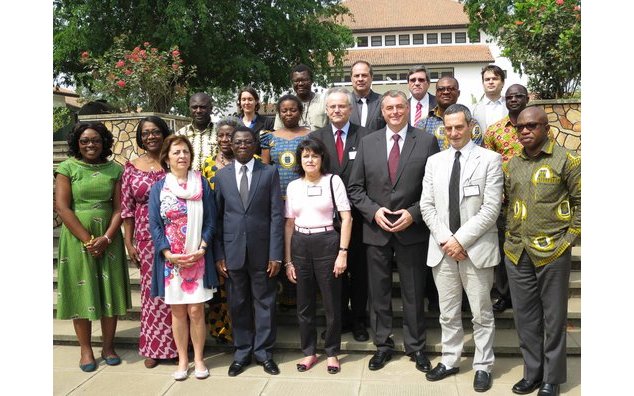 During the signing, Sciences Po Bordeaux was represented by Dr. Jean-Christophe Lapouble, Senior lecturer of law and Head of Center of Preparation for administration and the University of Ghana, by Prof. Kwame Offei, the Pro-Vice Chancellor of University of Ghana. The MoU was signed in the presence of many dignitaries including the French Ambassador to Ghana H.E. Mr. Francois Pujolas, Mrs. Mawuena Trebarh (CEO of Ghana Investment Promotion Centre), Dr. Jean-Luc Mure (Head of Cooperation and Cultural Affairs, French Embassy), Prof. Maria Binet (Vice President of University of Bordeaux Montaigne), Prof. Laurent Servant (Vice-president of University of Bordeaux), Prof. Ayikailey Adamafio (Dean of International Programmes Office, Legon), Prof. Agyei-Mensah (Provost, College of Humanities, Legon) among others. The representatives of the two universities have expressed happiness for having established a long term relation between the two institutions.

In an interview granted to the media, H.E. Mr. François Pujolas said, the signing of the MoU is an important milestone for academic, research and exchange programs that would strengthen the bilateral Ghana-France relations. The CEO of GIPC congratulated the two institutions on behalf of the President of Ghana, H.E John Dramani Mahama. She added that the signing of the MoU signifies the long term relationship that exists between the two countries.

The Delegation also visited the Noguchi Memorial Institute for Medical Research (NMIMR) located on the university campus, on February 12 afternoon, where a series of discussions was held between the University of Ghana authorities, the University of Bordeaux, IRD (French Research Institute for Development), and Tokyo Medical University in the presence of the French Ambassador and members of the diplomatic corps of both French and Japanese embassies. The discussions were mainly about an eventual collaboration in terms of medical research, exchange of academic staff and student exchange programs. The team also visited the medical facilities that contributed immensely to conducting high quality research in West Africa.

Other visits were also paid to the Department of Political Sciences, Institute of African Studies, Legon Centre for International Affairs and Diplomacy (LECIAD), and Department of French. This visit would also promote exchange of students in the area of arts and social sciences such political sciences, international relations, African studies and the Year Abroad program for French language studies.