Air France operated on February 28th the inaugural flight of its direct line between Paris and Accra which takes on a symbolic character a few days from the commemoration of the sixtieth anniversary of Ghanaian independence, on March 6th.

During a press conference held at the hotel Kempinski, March the 1rst, CEO of Air France-KLM Group Mr Jean-Marc Janaillac declared: “It comes timely, the very moment Ghana is celebrating the sixtieth anniversary of its independence, on 6th March 2017, and as we are also celebrating sixty years of diplomatic relations between France and Ghana. It will undoubtedly aim at reinforcing the business relations between the two countries as well as promoting tourism, culture and education on both sides”

This major event takes place at the outset of a series of economic, cultural and educational events under the theme "France and Ghana 1957-2017: moving forward together". HE François Pujolas French Ambassador to Ghana underlined that “those events will reflect the growing interest of French people and businesses for Ghana”. He reminded of “the importance of Ghana as a strategic partner for France in West Africa, stressing its role as an economic hub as well as its political stability based on a perfectly functioning democracy.”

French companies, particularly in strategic sectors such as energy, transport infrastructure, modernization of identification systems and agro-food industries are looking at opportunities of trade and investment in Ghana. In sub-Saharan Africa, Ghana positions itself just behind South Africa, as the 7th largest receiving country for French investment, with a Euro 1.5 billion stock. 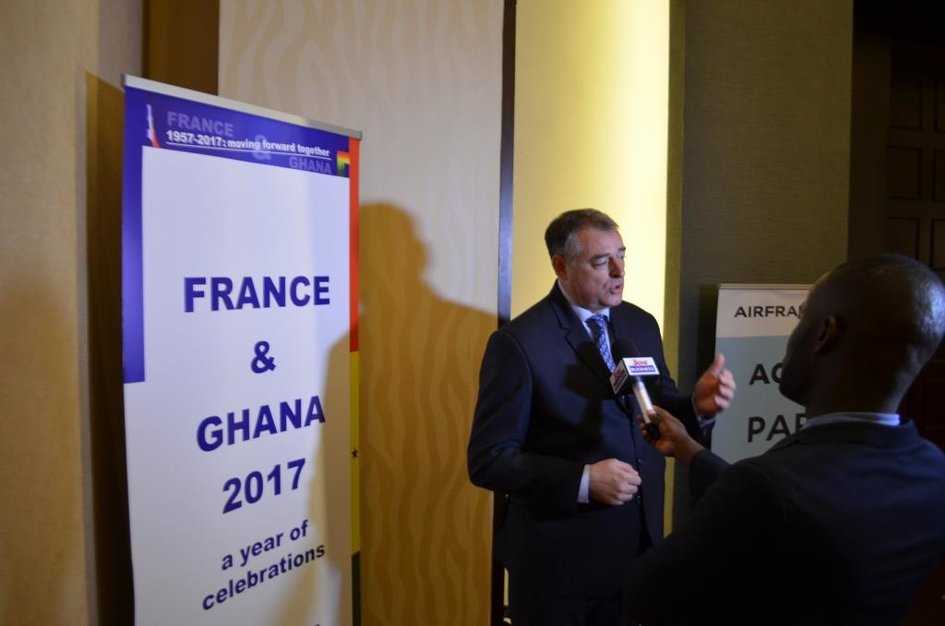