On Monday, January 16, 2017, the director of Criminal Investigation Department (CID) Mr. Prosper AGBLOR and the Ambassador of France to Ghana, HE François PUJOLAS, met at the CID Headquarter, in order to attend a presentation ceremony introducing different types of cooperation between France and Ghana regarding security and coordinated police activities which will be set up along the year 2017.

Historically, the technical cooperation between French and Ghanaian Services was mainly targeting the fight against drug trafficking and organized criminality. However since 2016, a new type of coordination has been set up: fight against terrorism.

In 2017, the cooperation between the two police services will be maintained and even strengthened, in order to respond to this new threat. All over the year, numerous programs will be set up, engaging more strongly France and Ghana, in a close bilateral cooperation. French experts will train Ghanaian police services, and some Ghanaian police members will be invited to France for taking part in different type of training sessions, for them to improve their skills in counter-terrorism, counter-narcotics, and public order.

In his speech, the French Ambassador underlined the importance of concrete steps forward. He stressed “ the importance of security and stability in Ghana and the sub-region, to allow progress towards economic development and prosperity ”. He underlined the fact that “ fighting drug-tafficking helps indirectly to fight terrorism, since it is a known fact that terrorist groups get financial resources through illegal activities ”.

Last but not least, he expressed satisfaction over the increased coordination between Ghana and its neighbours in fighting drug trafficking. “ This a new and concrete step towards a more integrated approach in the common fight of those concerned countries against criminal activities and for a West Africa that is safer and therefore more stable ”, he added. Finally he said that France was happy to be able, due to its close links with both Ghana and its neighbouring countries, to help bridge the gap of linguistic differences in order to reach an improved level of cooperation. 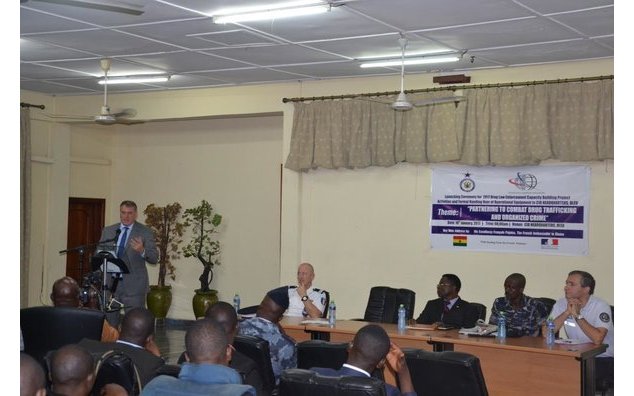 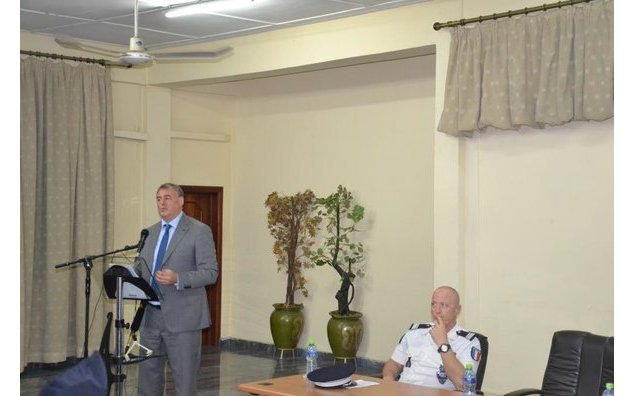 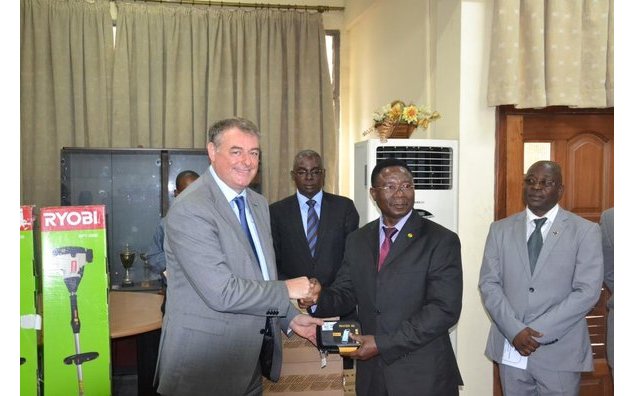 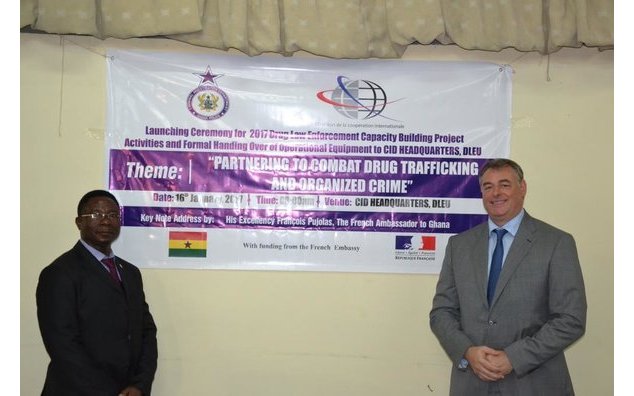 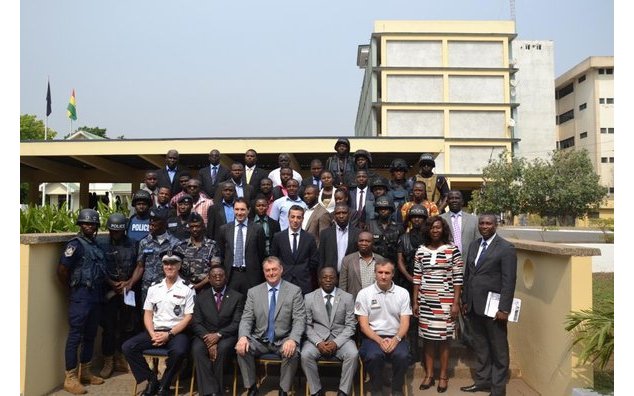 At the end of the ceremony and to strengthen the investigative capacity of the CID / DLEU, some equipment was donated for a total amount of 10 000 euros and were offered by HE. François Pujolas to the Drug Law Enforcement Unit of the CID.

In 2016, France financed projects aimed at supporting Ghanaian security agencies in order to strenghten the fight against Drug trafficking for an amount of 100 000 euros (450 000 GHC). More than 150 Ghanaian Policemen from CID/DLEU and members of NACOB benefited from French expertise in anti-drug domain, and more than 50 were trained to better fight terrorism. The project improved the skills of the agents fighting against traffics also through the numerous operational exchanges among different countries of the sub-region. In 2017, the project entitled “Reinforcement” will help upgrading skills of DLEU but also strengthen the operational cooperation among countries in West Africa.