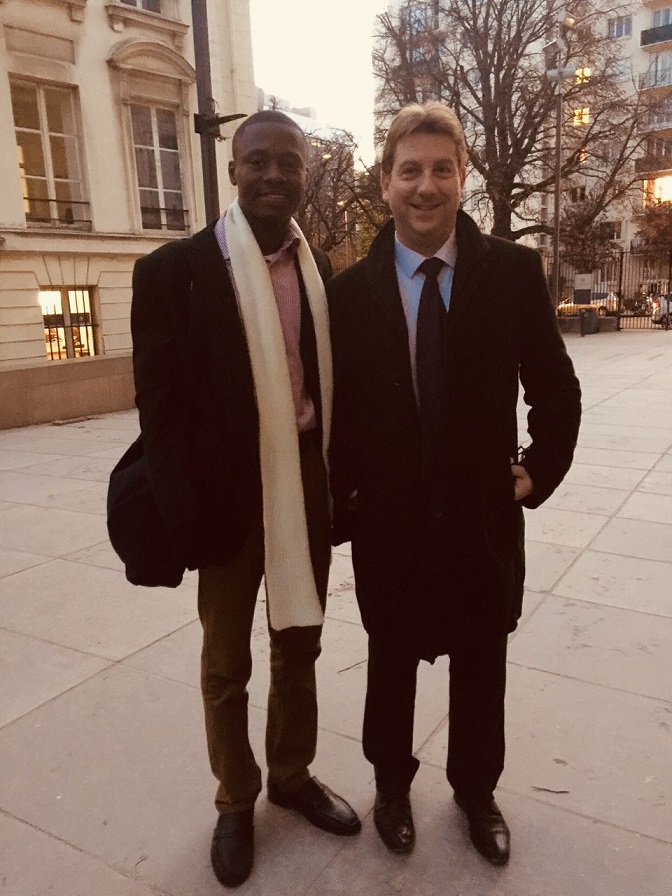 Joseph, please us a bit about yourself and how you became an ambassador for the EXPO 2025 GRAND PARIS France project? I am a final year Ghanaian student offering BSc Nautical Science in the Regional Maritime University. I am 24years of age and have a passion for adventure as well as exploring opportunities. I am a very adaptable person who can live in a cross-cultural environment.

Tell us about this particular trip to Paris as an ambassador for the Universal Exposition? Well, I spent four full days in Paris, from Monday the 13th to Thursday 16th November 2017.

During our stay, we had the opportunity to visit the 2025 World Expo site in Paris Saclay and did some video and photo shoots. It was also refreshing to tour renowned and information-rich sites such as the Eiffel tower, Champ de Mars, the National Museum of Natural History, La Géode (Cité des Sciences et de l’Industrie) and the ILE-DE-FRANCE REGION where we had a dialogue with officials and watched a 45-minute film entitled “A Beautiful Planet”.

I personally relished the privilege of meeting Mr. Jean- Christophe Fromantin, Chairman of the EXPOFRANCE 2025 committee who gave a presentation of the French bid to host the 2025 universal exposition. We also drafted a letter that each ambassador would send to the authorities in his or her country to request for their support for France to host the World Expo.

There was also a series of lectures, one of which was delivered by astronaut and former minister Madam Claudie Haigneré who spoke a lot about space travels. Some of the ambassadors had the opportunity to visit the headquarters of the General Assembly of the Bureau International des Expositions and also received an invitation to visit the Petit Palais. We were put into groups to tour the sites of the corporate partners of EXPOFRANCE 2025 and I was pleased to be in the group that went to HOPSCOTCH. On Thursday we were at Hotel de l’Artillerie to have workshops on social networks. We were taught on how best we could use Facebook, Twitter, and Instagram to promote France`s candidacy to host the World Expo after which the rest of the afternoon was given to tour the city of Paris on our own. I returned to Ghana the following day very gratified by this experience.

What captivates you the most about France’s bid for the World Expo? In what ways is it unique and original? What captivates me the most is that, young people all over the world will benefit immensely from this expo 2025. France intends to bring young people from all over the world to share knowledge and see how best we can help protect our planet.

France intends to build a global village. And this global village will bring visitors from all over the world, inviting them to explore the planet and discover its lands and cultures. Each country would have a spot in the global village where they can exhibit or showcase their cultures and any information they would like to share. This is what makes France unique and original in hosting the world expo.

France has hosted no fewer than five of the world expositions. This alone gives it the experience in hosting another expo. Also, there are many corporate partners in France as well as private individuals supporting the committee EXPOFRANCE 2025 to organize the French bid to host the 2025 World Expo. 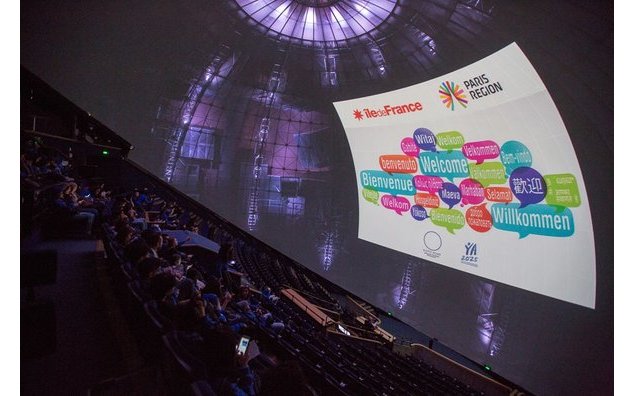 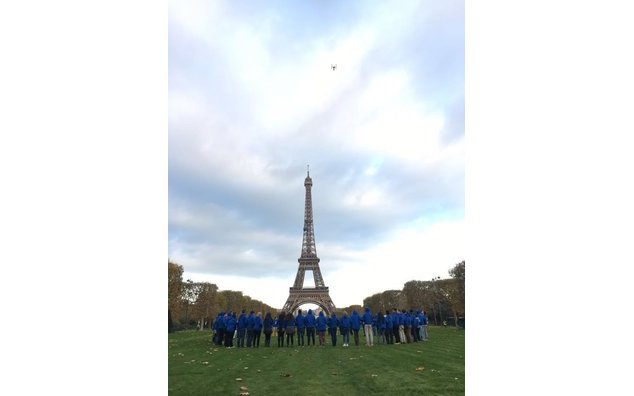 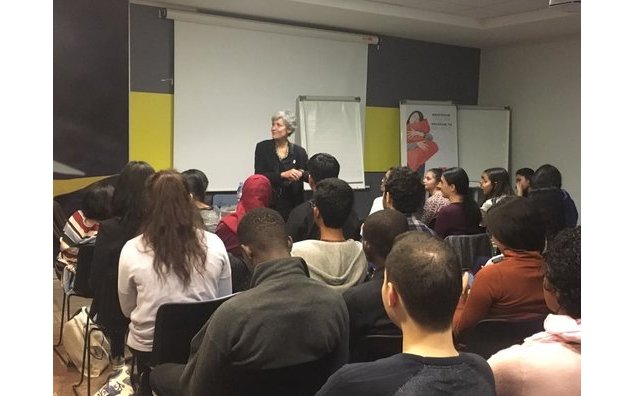 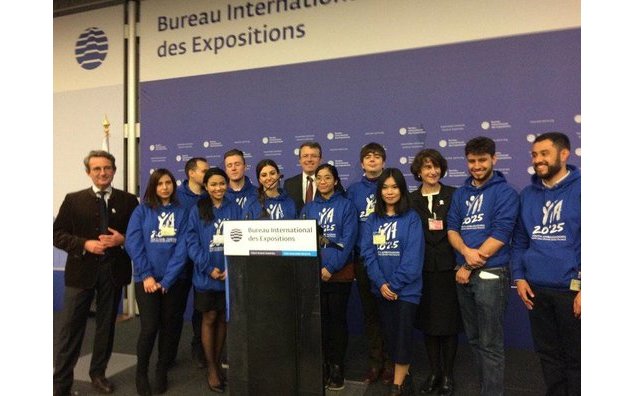 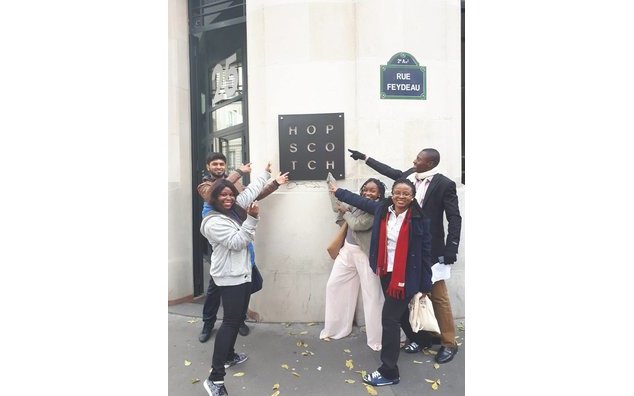 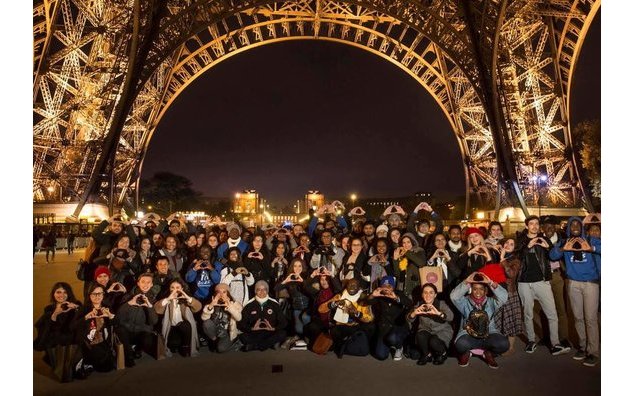 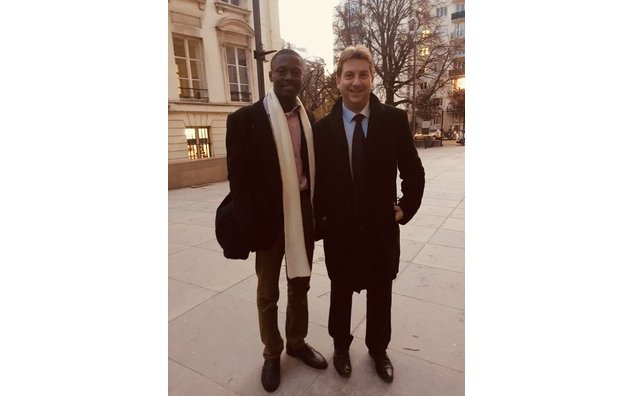