Chaï Duncan is a pupil of Lycée Français Jacques Prévert in Accra. Having been selected as a finalist in the « ambassadeurs en herbe » contest, she is a member of the team that will be representing the West and Central Africa zone at the international gathering in Paris next month

Please tell us a bit about yourself

Chaï Duncan is my name, I’m 12 years of age and I have both French and Australian nationalities. Our family settled in Ghana about 5 years ago and I’ve since been enrolled at the Lycée français Accra Jacques Prévert. I’m currently in the seventh grade.

How did you find out about the “ambassadeurs en herbe” competition and what precisely does it entail?

It was in fifth grade that I learnt about the competition for the first time. One of my classmates had won the competition that year and she was the one who influenced my interest in the event. So I tried my luck that year and the year afterwards. However, I wasn’t successful in both attempts. Undeterred, I participated once again this year and here I am. The “ambassadeurs en herbe” contest is basically about being able to express opinion on pertinent issues. It focuses less on the art of convincing an audience than on clearly expressing one’s viewpoint. The themes for discussion are always given to participants ahead of time to enable them prepare their contributions.

In what ways did your being a student at LFA contribute to your success in this contest?

The support and enabling environment provided by the school really helped bring out the best in me. I also found it very useful when we were placed in a group to prepare for the competition because even though we (the participants) didn’t know each other initially, the strong team spirit which soon developed enabled us to perform well throughout the competition.

Has your participation in this competition given you any ideas as to your future career?

Yes it has. For a long time, I have been in both science and journalism, but I now also see myself involved in the area of diplomacy. 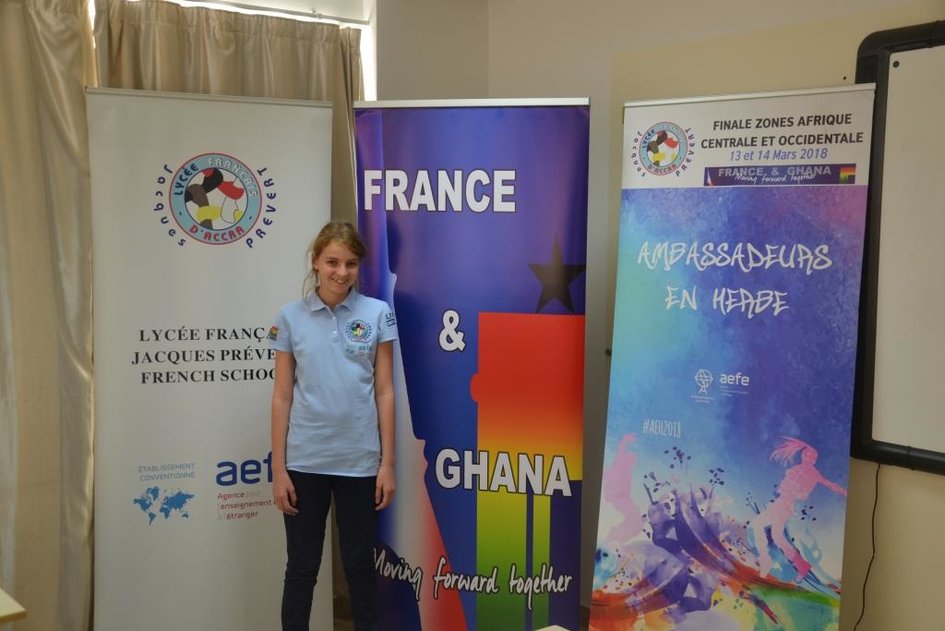