I was born in Kumasi, Ghana to Dr. Jonathan Emmanuel Bossman, a medical practitioner and diplomat and Alice Decker, an entrepreneur. Under Kwame Nkrumah, Ghana’s first President, my father was appointed Ambassador and permanent representative to the UN in Geneva and subsequently Ghana’s first Ambassador to the Maghreb region to open Ghana’s embassies in Tunisia, Morocco and Algeria. He also served later as Ghana’s Ambassador to France. My father moved our family of 9 children at the time (I am number 5 of 11 siblings) everywhere with him . This period which was my first contact with the French language and education no doubt instilled my continued interest and affectionate relationship with the culture of “ le pays and la langue de Moliere”. It was no wonder then that when back in Ghana, I continued to study French in Holy Child secondary school , Cape Coast where I obtained my O’levels and then , Achimota Secondary School for my A’Levels . I obtained a combined degree in Law and Political Science at the University of Ghana Legon, and was called to the Ghana Bar in 1980. I did my national service as an Assistant State Attorney, criminal prosecutions division in Ghana’s Ministry of Justice but then went into private practice . A chance encounter with a group of oil traders, piqued my interest in the oil and gas industry and led me to accept a job with a US company, Tenneco Oil Exploration and Production Company to work in their operations in Gabon. This was the beginning of a 25 year career in the oil and gas industry and energy sector. At the time I was the first and only woman and only black person on the company’s Gabon’s management team , and it was tough at times ,especially when I hit the “glass ceiling” and felt that I was being unfairly treated vis a vis my male counterparts . Nevertheless, the invaluable experience that I gained during this stage of my life stood me in very good stead and sparked off a successful career in management , legal , negotiating and consultancy positions with major international oil and gas companies in Gabon, Congo, Cote d’Ivoire, Angola and Ghana. I was the first woman secretary-general of the Gabonese Union of Petroleum Companies, an association of major oil companies including Elf, Shell, British Gas, Agip, Amerada Hess, Kelt and Total Exploration operating in Gabon. Back in Ghana in 1996, I set up Bossman Consultancy Limited (BCL) providing consulting and advisory support to power utilities and energy sectors, international institutions and donor agencies as well as private companies and business investors. In 2002, I was appointed Deputy Commissioner in Ghana’s Commission for Human Rights and Administrative Justice (CHRAJ) in charge of legal and investigations and Acting Commissioner and Acting Chair of the Commission. In July 2011, I was hired by the African Development Bank Group as Director, Integrity and Anti-Corruption in charge of investigations of fraud, corruption and other malpractices in Bank Group Finance Operations. On June 2017, I was appointed Ghana Ambassador Extraordinary and Plenipotentiary to France and Portugal and Permanent Representative of Ghana to UNESCO and accredited to the OECD and the International Organization of la Francophonie. I presented my letters of credence to President of the French Republic, H.E. Mr. Emmanuel MACRON on October 13, 2017.

My husband and I have four children between us. My pastimes are reading, writing, and I like to relax listening to music and being in company of good friends and family. I really enjoy being with young people; most have a lot to learn, but also they have a lot to teach us older folks to adapt to this fast paced modern world.

2. What is France to you? What does it symbolize?

My first reaction when I think of France , is the language ( of course ) the language of romance …..and french literature and poetry, I think of writers such as Francoise Sagan, I love her books “ aimez vous Brahm, Bonjours tristesse, La Chamade” . I remember songs by Francoise Hardy, Johnny Halliday and Sylvie Vartan. As I child I wrote little essays and poems in French. I am not sure I can do that now. I think of French cuisine and of course Paris, drinking coffee in the open cafes on the pavement. I remember some of my mother’s favorite perfumes, Nina Ricci’s L’air du Temps, Vent vert by Balmain….. France symbolizes modernity, a certain sense of freedom of expression and equality and human rights.....

3. What is your aim, your ambition, at the head of the Ghana Embassy in France?

There is no doubt that France is today at the forefront of world leadership and thus for me very simply my goal to promote stronger political, socio-economic and cultural ties between Ghana and France. To encourage and succeed in getting French investors to come and invest and set up companies in Ghana, in particular for French investments in Ghana’s tourism industry. Also for Ghanaian investors to partner with French companies. This will among other things, be a good creator of jobs for French and Ghanaians. Besides, Ghana, being an English speaking African country is in a unique geographic position of being surrounded by French speaking African countries, Ghana is also a positive influence in ECOWAS. We strongly believe that stronger ties with France will impact very positively in dealing with challenging issues within the sub region. 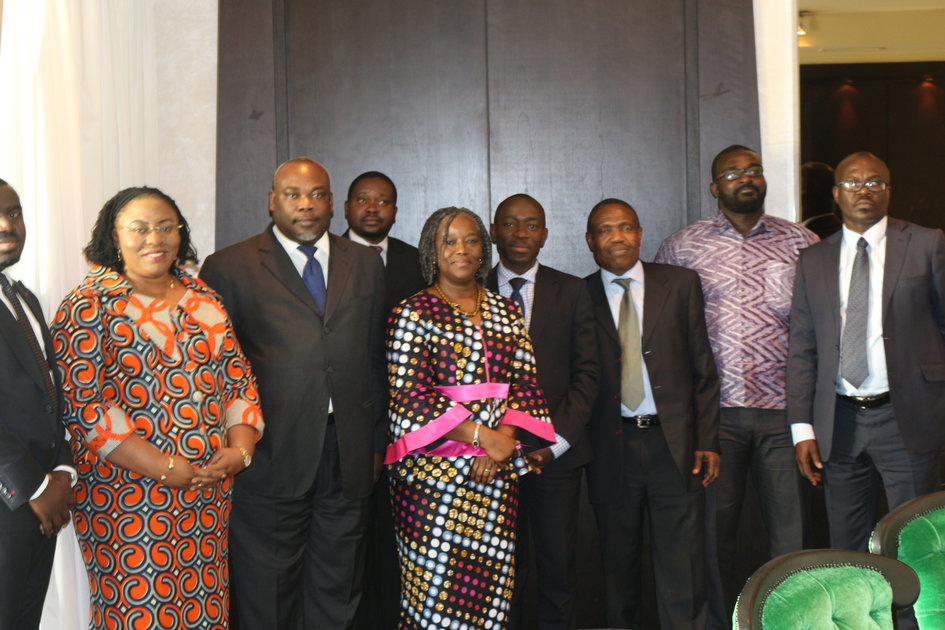 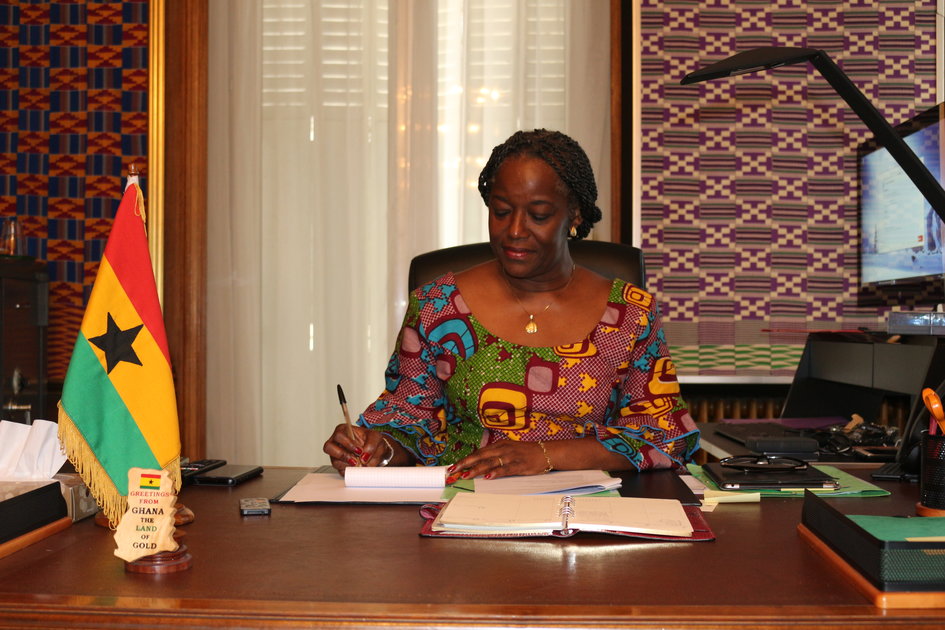