One Planet Summit - Interview given by M. Emmanuel Macron, President of the Republic, to the Le Monde newspaper - excerpts (Paris,2017-12-13)

Q. - In mid-November 15,000 international scientists published an alarm call on the state of the planet, saying it will soon be too late to take action. Do you believe, like them, that our development model is not viable for mankind?

THE PRESIDENT - Yes! And I’m delighted that this observation is being challenged less and less. There’s been a gradual realization over the past 20 years, and there was also a powerful moment and commitment at legal and diplomatic level with COP21 and the Paris Agreement. But that agreement doesn’t involve any sanctions mechanisms and was weakened by the American decision to exit from it. The international commitments currently put us on a path of a 3.5ºC warming of the planet. So we’re a very long way from the Paris Agreement’s target of containing temperature rises below the threshold of 2ºC and if possible 1.5ºC. Without a much stronger mobilization and a jolt to our own modes of production and development, we won’t achieve that.

THE PRESIDENT - A series of actions at national, European and international level. That’s the goal of this 12 December summit. We can no longer make do with declarations. The system of climate conferences [the COPs] has a diplomatic advantage and the merit of putting pressure on government stakeholders, in the framework of multilateralism. We must therefore also continue making progress on this path. But we’ve clearly seen in recent years that we must now mobilize regions, cities, private stakeholders and the whole private and public financial sector to move to the subsequent stage, by redirecting flows towards a different productive model and by transforming behaviours.

Q. - In this «jolt» do you include, as the experts are demanding, a decision to stop exploiting global fossil fuel reserves, which account for 85% of human greenhouse gas emissions?

THE PRESIDENT - Yes. And we’re proving it: France is the first country to be doing this in practice. By 2040 we’ll have halted all exploitation of oil and gas deposits beneath French soil, on the mainland and overseas. In order to do this, by the end of the year we’ll have passed measures to put an end to hydrocarbons, and we’ll no longer grant any prospecting permits, including offshore. We have a productive model enabling us to do this faster than others, but we must collectively organize the transition of all our economies towards ending fossil fuel exploitation. (...)

Q. - Are philanthropists in the process of plugging the financial gap left by States?

THE PRESIDENT - By one State in this case, the [American] federal State! Cities, regions, federal states and private American stakeholders are in a position to make up for Washington’s contribution. For example, Bill Gates will be announcing euro600 million targeted towards adaptation, and France will build on this to reach euro1 billion. But the most important budgetary announcement for France is the increase in appropriations devoted to environmental adaptation in the countries of the South, to euro1.5 billion a year from 2020 onwards. That’s consistent with the commitment I’ve made to devote 0.55% of gross national income to official development assistance by 2020.

Q. - Nicolas Hulot said before becoming Minister that the Pope and finance would save the climate...

THE PRESIDENT - What will save the climate is no longer the traditional major diplomatic summits, it’s daily mobilization, it’s more transparency, it’s constant incentives and it’s all sectors of society. That’s exactly what this summit was designed for. Its aim is to combine messages of outrage - because people have fallen asleep - with a call for mobilization, for concrete action. Since the Paris Agreement, lots of issues have been abandoned or put on hold. Today we’re unveiling a dozen major commitments. So it won’t be a traditional declaration but an action statement.}

Q. - Are the COPs no longer the place for climate action?

THE PRESIDENT - They provide a framework, but it’s governmental. But as you saw in the COPs that followed the Paris Agreement, and as international civil society was rightly disturbed about, governments can fall asleep! The talk is of the long term. But our democracies have a preference for the short term, so citizens’ consciences must be capable of influencing governments’ long-term action. France’s good international image today reflects the leadership we’ve regained on the climate, following the loss of that leadership by the United States of America. Investment in the climate transition will become a good argument for our businesses to attract new investors and new customers. (...)

Q. - You uphold a Europe-wide minimum CO2 price of euro30 per tonne in order to change behaviour. How do you persuade reluctant partners?

THE PRESIDENT - Where the summit will reveal a European shortcoming is on CO2 prices. Europe hasn’t stepped up to the plate. However, several European countries are ready to go further. If we want to change behaviour, we must have a minimum price of euro30 per tonne and a tax at the borders. We must provide for mechanisms to help manufacturers that will be penalized, but also a mechanism that involves as many States as possible, because it’s pointless unless it’s a collective effort. I’m very much counting on our German partner’s ability to move forward with us. I know many lobbies are opposed - the automobile lobby, the heavy industry lobby -, but without this jolt to change production behaviour, we won’t obtain any result.

Q. - France is lagging behind on renewable energy. What’s to be done?

THE PRESIDENT - In developed economies, there’s no lack of funding for climate projects and environmental projects. What’s lacking? A speeding-up of projects. The heart of the battle in European countries, and particularly in France, is to move much faster on renewables projects. To that end, we must adapt the regulations. The «right to error» bill is the first stage in this radical transformation of our rules and procedures. We must simplify authorization procedures and massively speed up the handling of appeals, because environmental projects are the focus of the largest number of appeals! We’re also very bad on connection times to electricity networks, because we’re talking about a rentier economy.

Q. - You listed a series of commitments which will be honoured between now and the end of the five-year term, but there’s an initial betrayal: the nuclear share is being reduced...

THE PRESIDENT - No. It isn’t a betrayal at all. I’ve always been clear. First of all, we’ve got to go beyond what is a totally fallacious debate: nuclear energy isn’t bad for the climate. What would be the result of speeding up the nuclear power phase-out? In the short term, with technology staying as it is, it would lead to keeping and even building new coal-fired and thermal power stations. So until now, France has been hugely hypocritical: for 50% (1) to be achievable by 2025, we’d have had to close several nuclear power stations during the previous five-year term. So my position on nuclear energy is both very clear and very ambitious: we’re going to bring nuclear power down to 50% as quickly as possible, but on condition that more greenhouse gas isn’t emitted! (...)

Q. - At European level, how can we convince very reluctant countries to move towards the ecological transition?

THE PRESIDENT - Concerning CO2 emissions, I don’t think we’re delivering collectively. The European Commission is ready to commit to many points, particularly to redirect its funding and take greater account of the ecological priority. But on this issue we’re coming up against the whole problem of how Europe operates. Have we got to move forward on this issue only as 27? At the Sorbonne, I provided an approach by proposing enhanced cooperation with certain countries to create a momentum and make concrete progress right now. What defines European sovereignty? It’s certainly not the status quo. What I’m interested in, rather, is finding out which states want to work together on environmental, digital, social, defence and migration issues, and are ready to commit to making a further gesture.

If Europe doesn’t deliver, it may lose its energy sovereignty. If we refuse to move beyond coal and don’t rule out embarking on new projects with powers which aren’t our greatest friends, on the pretext that they can supply us with gas, we risk not delivering when it comes to the fight against global warming and, moreover, losing geopolitical sovereignty. Everything is connected! So the solution lies in a coalition of goodwill: which European states are ready to move forward swiftly? Several of them will be voicing their views about this today.

Q. - Even if it means accepting a two-speed Europe? 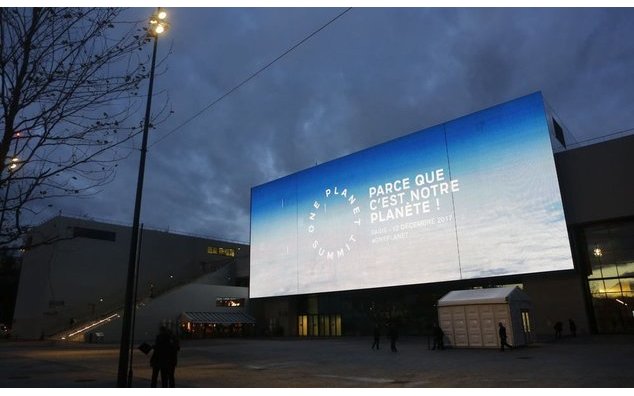 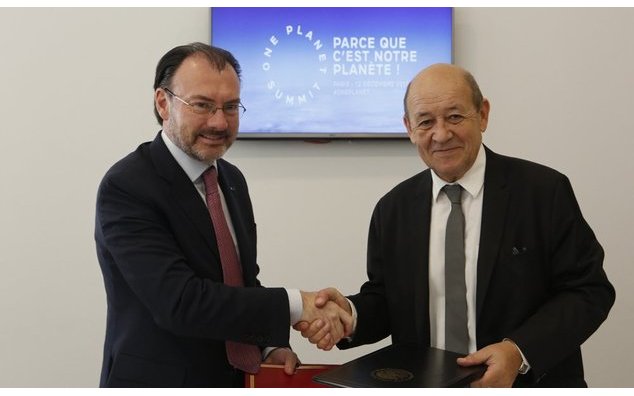 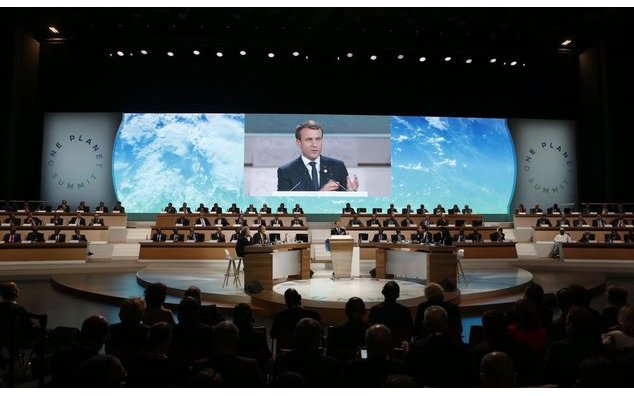 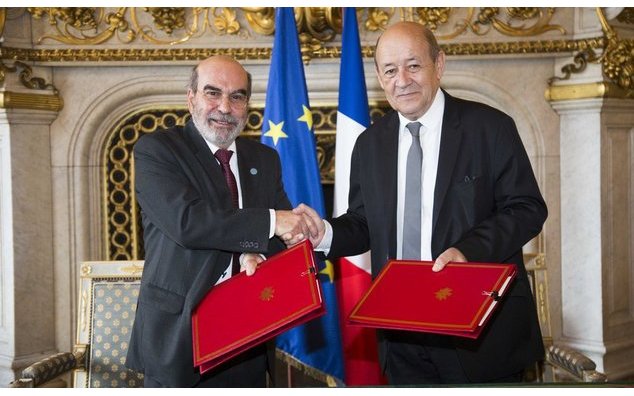