The French Community in Ghana and Ghanaian guests celebrated the French national day on Thursday 14th of July. A reception was organized by the Ambassador of France, H.E François Pujolas, and his spouse, at the Residence of France to honor the French-Ghanaian friendship. 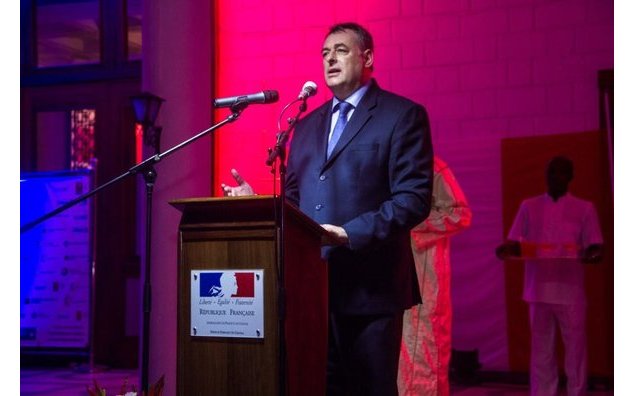 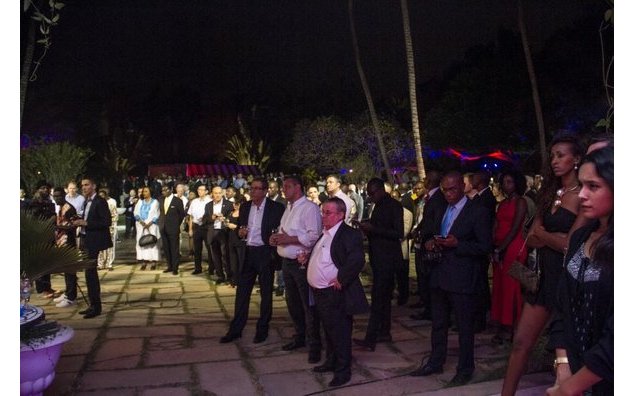 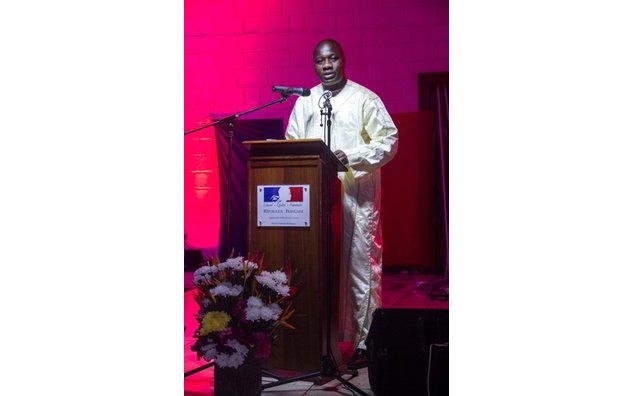 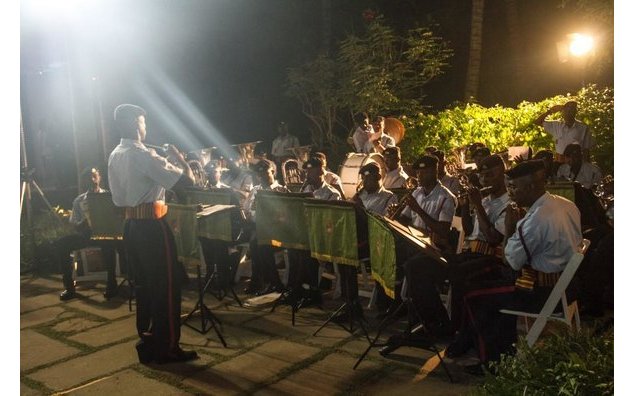 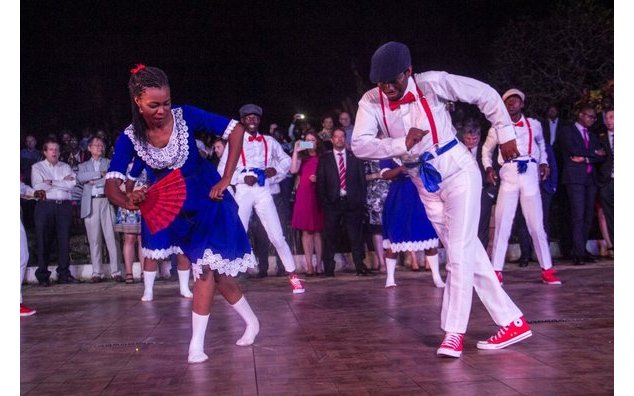 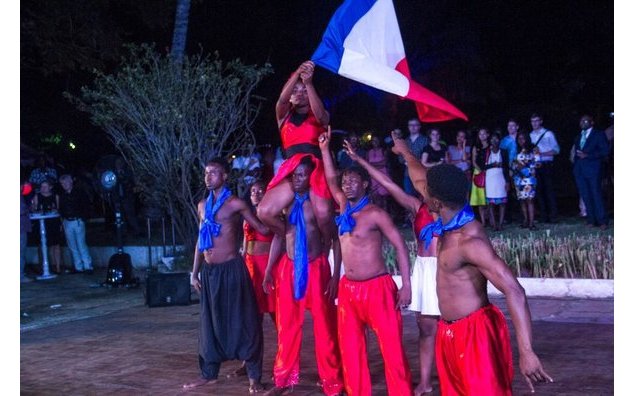 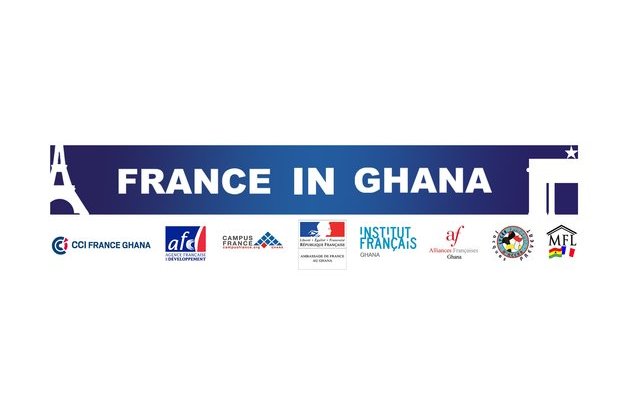 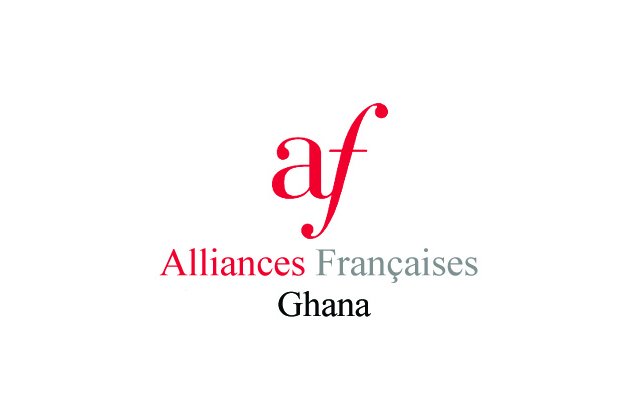 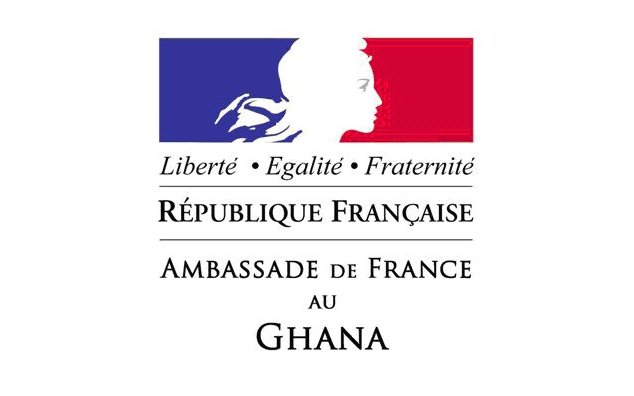 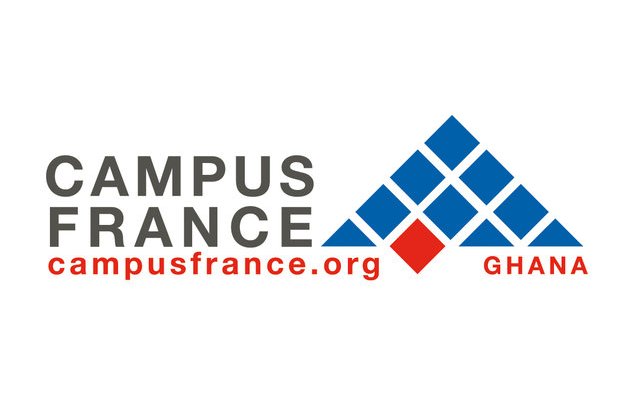 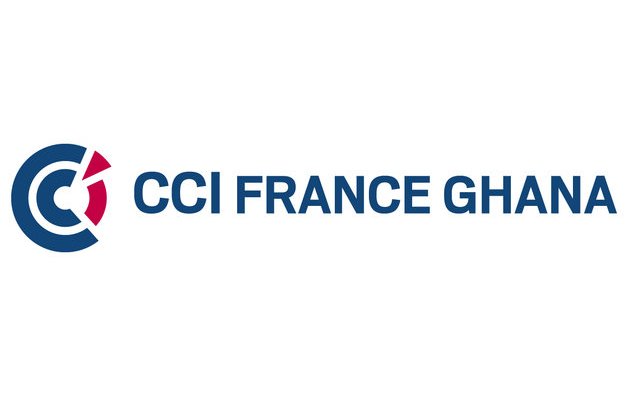 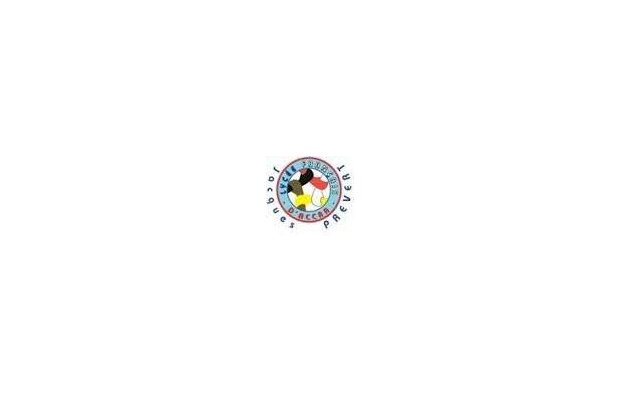 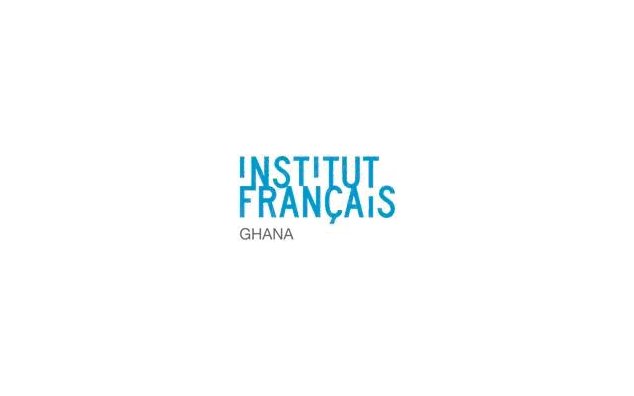 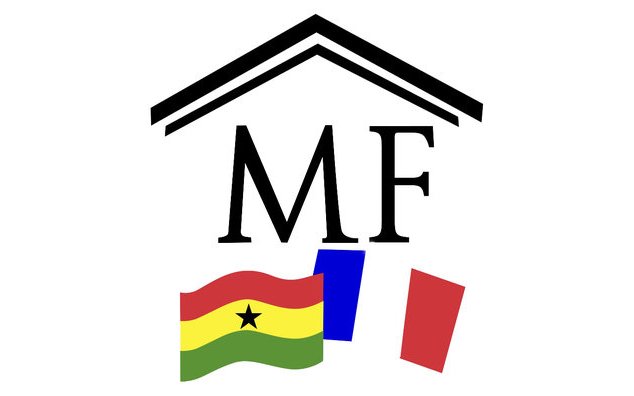 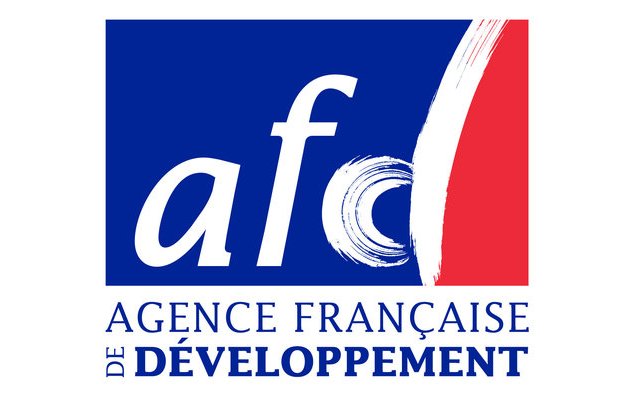 The Government of Ghana was represented by Hon. Mahama Ayariga, Minister of Environment, Science, Technology and Innovation. The event was an undeniable success as it recorded an attendance of about 800 persons, including Ministers and Members of Parliament as well as distinguished business, cultural and civil society personalities, and the French community.

“Celebrating the unique and special relationship between our two countries: Ghana and France”

In his speech, the Ambassador of France to Ghana, HE François Pujolas, emphasized the trust France had in the political maturity of Ghana ahead of the peaceful elections to come, and the two countries common vision for regional integration was underlined. The Ambassador also reminded that the two countries are developing cooperation in the field of defense and security, through military training and effective anti-terrorism and anti-drug trafficking programs.

The Ambassador of France to Ghana then recalled that “Ghana today stands, and without any doubt, as one of the important hubs of investment and economic development in sub-Saharan Africa for France”. The Ambassador also reminded the audience that a significant seminar on the topic of sustainable cities will be held in Accra on September 29th and 30th, illustrating the bilateral economic ties.

To conclude the linguistic cooperation was put forward, as Ghana was commended for its ten years membership to the International Organization of Francophonie (IOF) which has also seen the recent signing of an agreement with the Ministry of Education to further develop the teaching of French at various levels in Ghana. The Ambassador stated that “knowledge of French is a great asset for the youth and their professional careers”, adding that the number of Ghanaian studying in France has been increasing and will be followed by new exchange programmes.

An atmosphere of “Bal Populaire” at the Residence of France

The “bal populaire” atmosphere was recreated thanks to Alliance Française of Accra. The aim was to bring to life a popular era in the 1880’s where typical French balls where held in the main plazas of villages accompanied with accordion music. The purpose was also to emphasize the evolution of French music from the 30’s and the 50’s to early 2000’s. The dance was led by Jerry One and his team of dancers who entertained the audience.

What is 14th of July and how is it celebrated in France?

The well-known storming of the Bastille has become a benchmark in terms of Revolt and Liberty all over the world! Referring to July 14 1789, when a massive crowd of Frenchmen rose up and invaded the prison, Bastille Day is considered the beginning of the French Revolution. Capturing this prison, a symbol of the Ancient Regime, indeed marked the end of Louis XVI’s absolute and arbitrary power and led France to the three ideals of Liberty, Equality and Fraternity. Bastille Day has been known and celebrated as the creation of the Sovereign Nation and what would be the "First" Republic of France (in 1792). Bastille Day became the National Holiday in 1790, originally called Fête de la Fédération ("federation feast"), to celebrate the first anniversary of the storming of the Bastille and the end of the French Revolution.

Every year, the main event is a grand military parade along the Champs-Élysées, attended by the President of the Republic and other political leaders. It is accompanied by fireworks and dances in towns throughout the whole of France.

France in Ghana: a new visual identity for a renewed team spirit!

The French National day this year was the opportunity for the Ambassador of France to Ghana to introduce a new visual for the French presence in Ghana, as a step further in the relationship between the two countries. This new identity is uniting all the eight multisectorial French institutions and operators within a single network under the name “France In Ghana”. 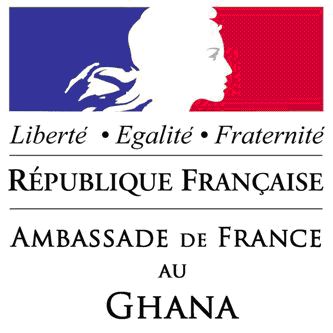 The Embassy of France to Ghana has a responsibility in bilateral relations, speaking for the French government and emphasizing France’s positions in all fields. One of its priorities is to act in favor of peace and Human Rights, while also supporting the initiatives for a worldwide sustainable growth. The Embassy also follows and assists its nationals in Ghana. www.ambafrance-gh.org

The Chamber of Commerce and Industry France-Ghana is an association of companies and professionals, belonging to different sectors, which aims at supporting, fostering and enhancing bilateral trade, financial and investment relations and exchanges between Ghana and France. http://www.ccifrance-ghana.com/ 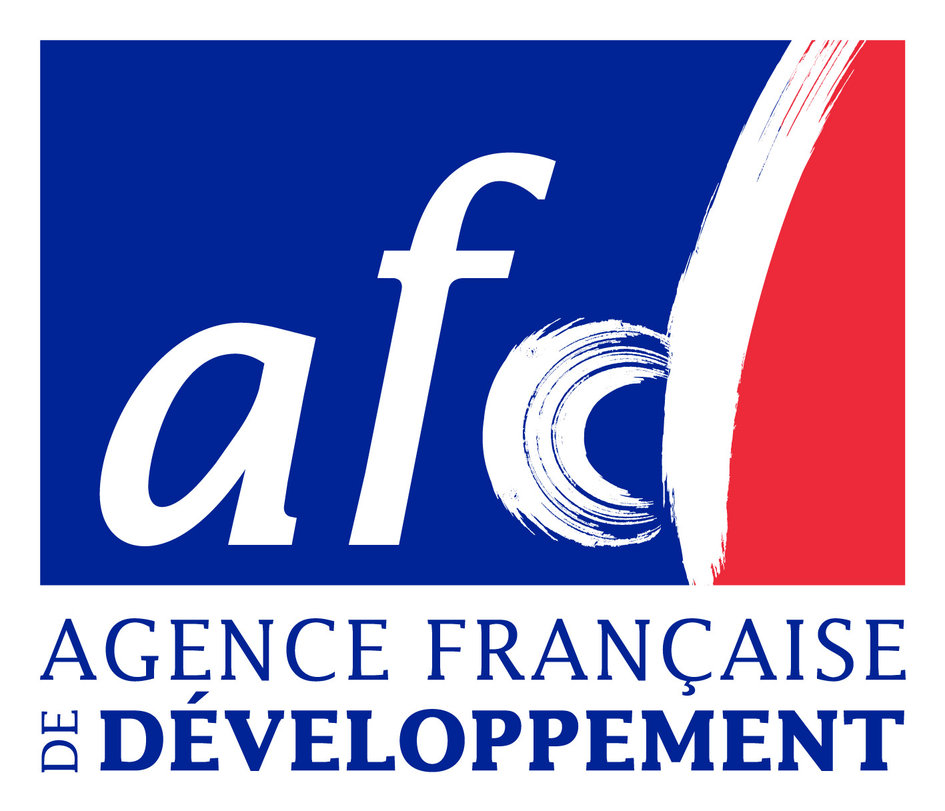 AFD (Agence Française de Développement) has concentrated its operations in Ghana on major economic infrastructure development projects in the country, mainly in the agriculture, transport and energy sectors. http://www.afd.fr/lang/en/home/pays/afrique/geo-afr/ghana

Campus France is a French government agency in charge of promoting higher education in France. It assists students in Ghana in various ways without charges. http://www.ghana.campusfrance.org/en/

The Institut Français du Ghana is in charge of implementing France’s cultural action in the country, under the supervision of the Ministry of Foreign Affairs. www.ambafrance-gh.org 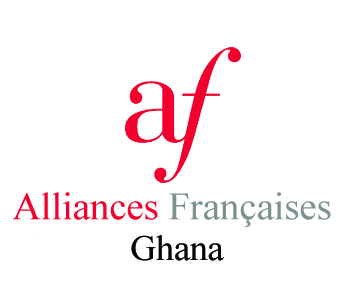 Lycée Français d’Accra Jacques Prévert is the French school. The school provides education from kindergarten to senior high school. It prepares students for French exams and provides gateways to other educational systems. http://www.ambafrance-gh.org/-Lycee-Francais- 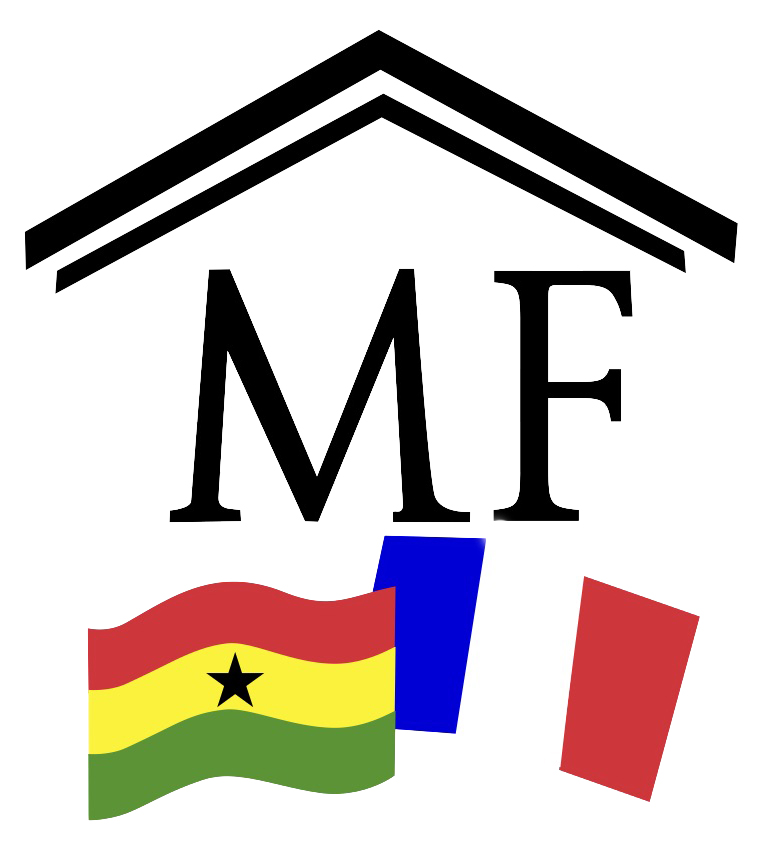 Located at UG-Legon and KNUST, the Maison Française is an academic hub, intended to connect Ghanaian and French researchers, to initiate academic partnerships and exchanges. http://www.ug.edu.gh/maisonfrancaise/