On Tuesday 12th December, 2017, a final steering committee meeting was held on the French Solidarity Project geared towards “Strengthening the accountability of Ghana’s central and local government” at the Residence of France. In attendance were the French ambassador, the Director of research, statistics and information management representing the Ministry of Local Government and Rural Development (MLGRD), both of whom co-chaired the committee, the Rector and Deputy rector of Ghana Institute of Management and Public Administration (GIMPA), Executive Chairman of the State Enterprises Commission, as well as other partner agencies such as the Centre for Democratic Development, FD Associates and the Touton company.

Support for public sector reform and the decentralisation process

Funded with a budget of €800 000 over a period of 3 years, this project sought to facilitate public sector reform and support the decentralization process. It aimed more particularly at reinforcing accountability through a number of actions: performance contracts, training, open forum and dialogue, ensuring progress of communication and consultation programs implemented by the ministries, improving the capacity of local government, development of coordinating systems, etc. Another objective of the project was to improve citizen participation by consolidating mechanisms of accountability or transparency. This involved the sensitization of the civil society in order to foster a better appreciation of issues relating to statutory reforms and available tools for keeping policy makers accountable.

The first component of the project was principally based on training, which “represents a crucial element in the strengthening of the public service that, in collaboration with the private sector, will nurture a more vibrant, inclusive and sustainable economic development” Ambassador François Pujolas stated. In this vein, more than 200 civil servants have been trained in various sessions facilitated by visiting French experts from the Ecole Nationale d’Administration (ENA) and Expertise France, whereas 10 civil servants underwent training organised by ENA in Paris. An equal number of women and men have been given this opportunity in each training session.

The ambassador was “pleased with the outcomes of the project, the objectives of which have been attained to a large extent” and emphasized that this project has been “the fruit of an enduring cooperation between France and Ghana, especially in the area of decentralization and the public sector because, since 2006, the French government has disbursed 3.2 million euros to finance three projects within the sector”.

Empowering women to participate actively in the public sphere

Furthermore, as a means of promoting citizen participation – especially that of women and youth, a call for projects focusing on the reinforcement of links between civil society and local authorities was launched. Over 10 000 people benefitted from various actions carried out under the initiative. Also, 11 forums bringing together civil society and parliamentarians were organised to encourage interaction between the population and their representatives, in the Western region which served as the pilot site of the project. The consolidation of the place of women in public discourse and in local governance, as well as the increase in representation of women at the district assembly level were major areas of concern. Sensitization campaigns were embarked upon, resulting in the training and networking of over a hundred women opinion leaders and policy makers.

Finally, the project has enabled the realisation of “green” micro-projects aimed at combatting deforestation, promoting solar energy and fighting global warming. The co-chairperson of the committee, Madam Dorothy Onny, reiterated the ambassador’s comments by calling on the Ministry of local government and rural development and its partners to explore possible fields of cooperation and future projects to undertake with France in the domain of public sector reform. 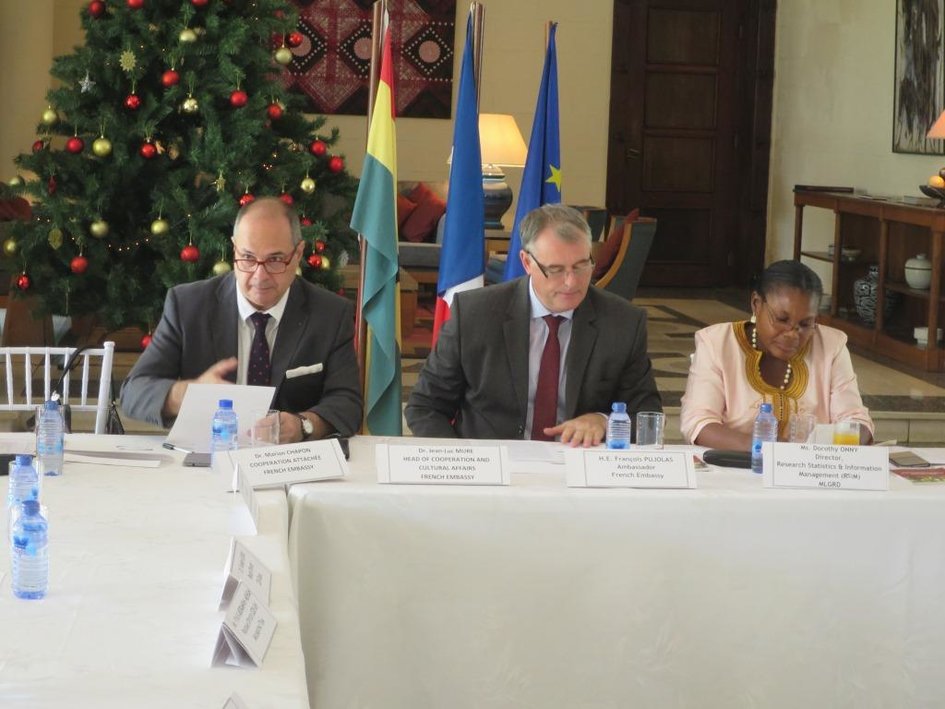 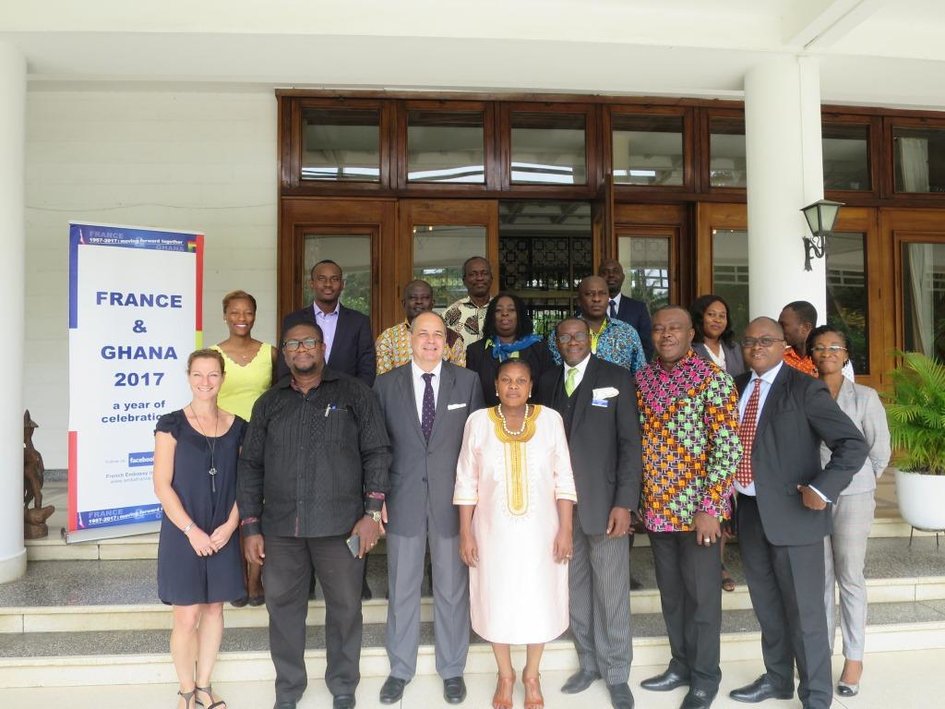