Yesterday Defence and Citizenship Day was held at the Lycée Français Jacques Prévert, in Accra. Led by Lieutenant-Colonel Philippe Costes, liaison officer at the French Embassy in Ghana, this day of awareness of citizenship and national defense issues is an opportunity for young French high school students to become conscious of their rights and duties as French citizens and to awaken French youth to notions of citizenship. 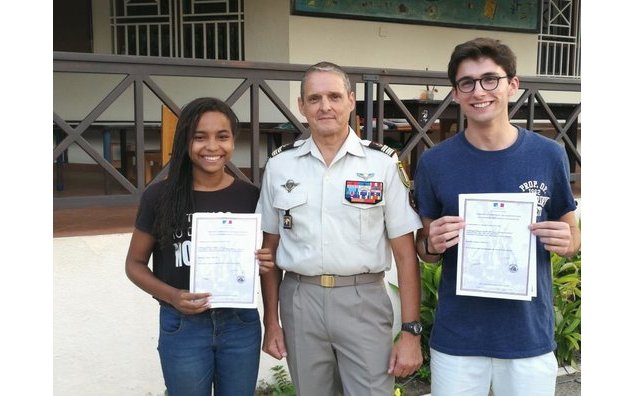 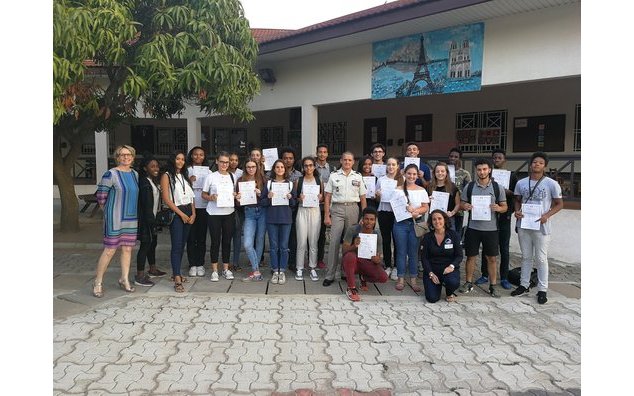 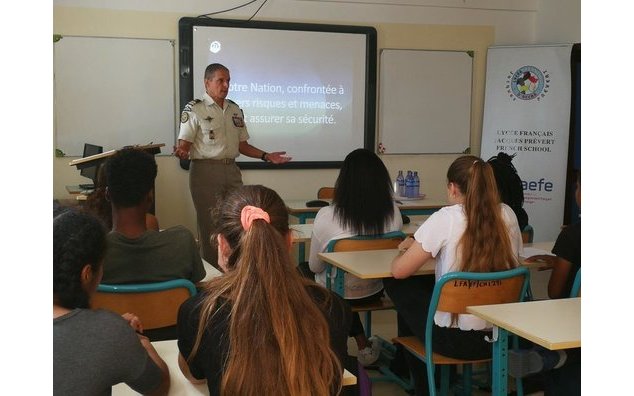 Jules Leymarie and Giorgia Ramella, senior students at Jacques Prévert high school, give us their impressions at the end of the JDC:

What do you remember about the JDC? JL: Through this day, I realized that we live in an unstable world and having a guarantee like the French army allows us to ensure our freedoms. GR : I have also become aware of the fact that men and women in our army are fully committed to constantly defend us, France and its values. A constant defense that is necessary and important.

As young citizens, what French values would you like to defend? JL: I want to defend our freedoms, those freedoms that make France. We are fortunate to enjoy freedoms which we consider normal and compulsory, yet which are not respected in all countries. GR : Personally, I would defend fraternity and secularism. These are values for which we must fight and make our citizens aware of the issue following the recent controversies that have taken place in France. It is only with values of tolerance that we can live in society. Respect for the cult of the other, but also for those who have no religion, is a value to be respected and adopted. JL: It is a pillar of our republic which is essential to ensure the cohesion of our society.

During the JDC, the issue of equality between men and women is also discussed. Do you think it is acquired in France? JL: Although France is more advanced than other countries on the subject, gender equality is certainly not achieved in France, there is still a significant disparity on which we must work. G.R : Gender inequality, like all types of inequality, is a continuous struggle for me in France and elsewhere. I hope one day to achieve a perfect equality.

What do you think your duties as a citizen are? GR : We must be aware of our rights and do everything to defend them. Voting is paramount. It is important for every citizen to speak out. But it is also our responsibility to respect the law, to respect others and the values of our country.

Do you think the defense is necessary? Is it important to support our army? JL: Yes, of course! The French army is the guarantor of our territorial integrity, it defends the interests of France, its population and ensures peace in the countries where it is engaged. GR : The world would be unstable without the action of the French army. It is clear that its action is necessary to prevent and contain armed conflict.

What image do you have of the French military today? GR : They are determined people who defend the values of France above all with a strong will to protect our country with altruism and abnegation. JL: Yes, they are motivated and willing people.

On that day, you saw that there are different ways to serve the country, in the army or through the Civic Service. Did this day make you want to get involved? GR : No, not really. JL: I do, I consider this possibility after my studies. I am quite interested in giving my time to France as a reservist, why not.