A delegation led by the French Ambassador to Ghana Mr François Pujolas visited the Maamobi General Hospital where a medical research program sponsored by France is being undertaken for the preventive treatment of malaria in pregnant women.

Ghana is one of many countries benefitting from the “5% initiative” that was launched by France at the end of 2011, as an indirect contribution to the Global Fund to fight AIDS, Tuberculosis and Malaria. The 5% initiative is a program through which the French government dedicates an amount equivalent to 5% of its national contribution to the Global Fund to supporting grants that have been disbursed by the Fund.

The project at the Maamobi hospital is therefore only one of the fruits of this initiative which has contributed €268,000 for the implementation and evaluation of a preventive treatment of malaria in pregnant women. In 2013, the World Health Organisation (WHO) recommended a modified sulfadoxine-based treatment and Ghana was one of the first countries in which this treatment was experimented. The French Institute of Research and Development (IRD) thus proposed to work together with the Noguchi Institute of the University of Ghana and the School of Public Health, in order to evaluate the implementation of these new WHO recommendations on preventive chemotherapy against malaria during pregnancy. A test campaign is underway at the Maamobi hospital. The visit of the ambassador was therefore symbolic of France’s continuous support towards the project.

The delegation was welcomed by the hospital authorities including the Medical director, Dr. Dorcas Anfu-Okine and the Head of Department, Dr. Emmanuel Ameh. A presentation on the intermittent preventive treatment (IPT) program was made by Prof. Quakyi and Dr. Nicaise Ndam, the senior research officer at the IRD in Ghana, after which a presentation of the impact of the project on the Maamobi hospital was given by Dr. Anfu-Okine. Representatives from the Ghana Health Service were also present to give their perspective of the project’s impact on malaria prevention in Ghana.

The Ambassador, in his speech, touched on the relevance of the Global Fund, especially to Africa. He brought to light the fact that the Global Fund has made treatment and prevention a reality for millions of people. To date, the Fund has disbursed over $4 billion per year to over 100 countries. France contributed to its creation and still contributes (€360 million representing 12 % of the multilateral fund), in order to fight against HIV/AIDS, Tuberculosis and Malaria. “France is the second contributor of that global fund in order to fight the 3 main diseases.” In Africa and here in Ghana rates of HIV transmission have declined significantly in almost every region, including the hardest-hit countries. Mortality rates are also declining now that treatment is available. In fact, mortality due to tuberculosis has fallen by over a third since the 1990s. Regarding Malaria, and the specific project presented on that day, he encouraged the researchers and pledged the full assistance of France to help achieve the ultimate goal of developing a vaccine for pregnant women. He also stated that “very soon an official report will be submitted to the World Health Organization and to the Government of Ghana.”

More generally His Excellency underlined the strength of the cooperation between France and Ghana. He said that “this project is at the core of French Diplomacy in Ghana. Diplomacy is about creating a most prosperous world for everybody in every country. But it is not only done through security and stability but also through the wellbeing of individuals”.

There was then a tour of the facility during which the French delegation were shown the maternity wards, pediatric wards and the laboratories. The hospital heads took the opportunity to express their appreciation for the financial and technical aid that the French embassy had provided.

France has been a leader in this international partnership; as the top European donor and the second highest donor worldwide, her annual contribution of which brings more than 6 million US dollars to Ghana (out of a total of 50 million going to Ghana). 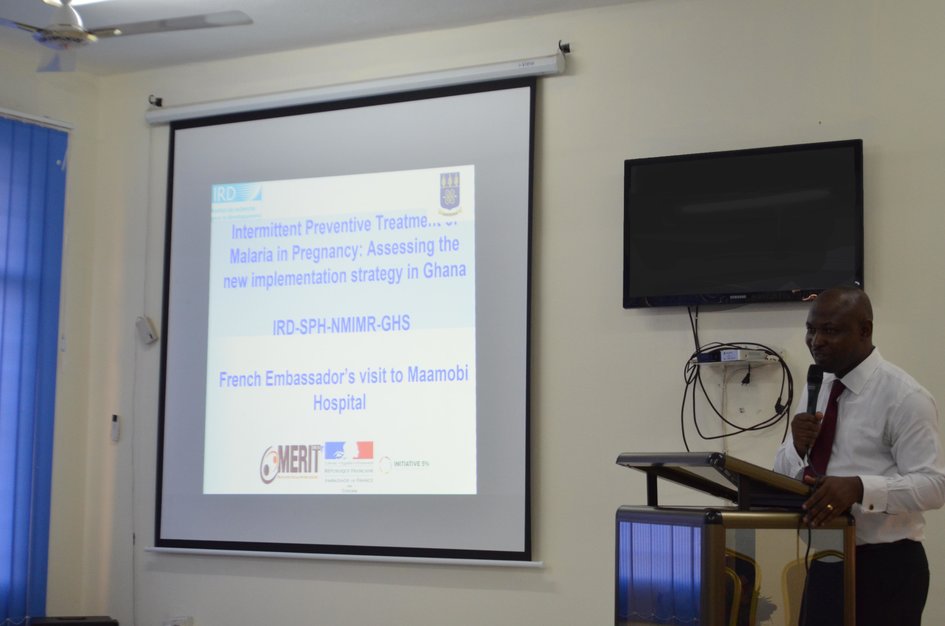 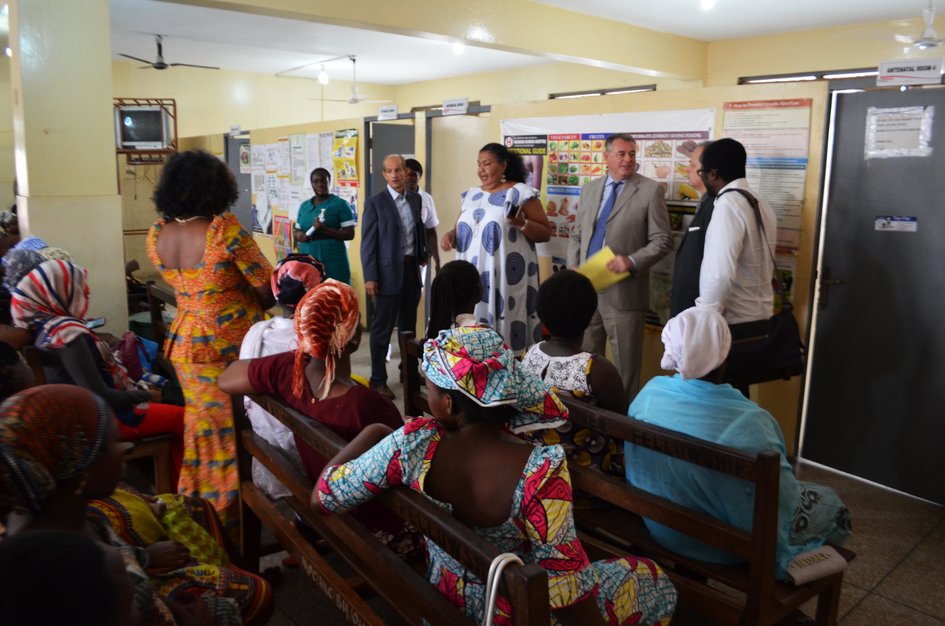