On the 3rd of November at the Holiday Inn Hotel, Airport Accra, Air France officially launched the opening of a direct line between Paris and Accra. Mr Jean-Raoul Tauzin, General Manager of Air France/KLM, Nigeria and Ghana, Mr Dick Nieuwenhuyzen, Air France/KLM Country Manager and Ambassador of France to Ghana, HE François Pujolas presided over the conference.

This event follows the visit of the French Prime Minister to Accra last weekend where he announced and welcomed the opening of this direct line in February 2017 during a reception held for the French community.

Starting 28th February 2017, Air France will offer three weekly flights to Accra, Ghana from Paris-Charles de Gaulle. In this way, Air France is expanding on one of the most important markets on the African continent through traffic to and from Europe and North America. 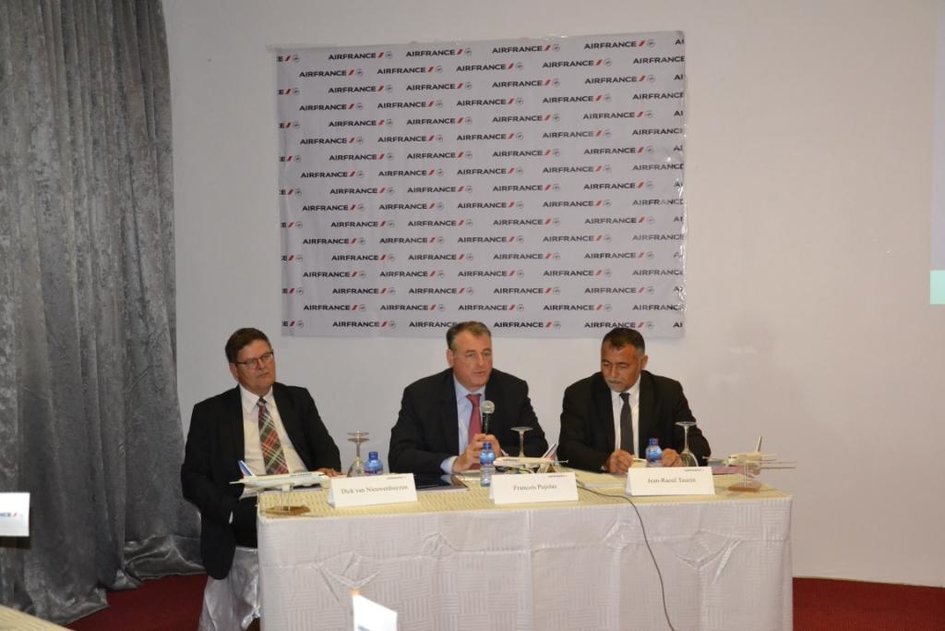 On this occasion, the Ambassador of France to Ghana recalled that “this new line represents a symbol of the growing relationship with Ghana, as does the commencement of the construction of the new French Embassy in Accra in 2017”. He went on to say that it is “a reflection of increased exchanges between the two countries in the field of trade and investment, culture and education. The Ambassador concluded by saying, “Ghana is very keen on developing its tourism industry, therefore this direct line shows confidence in what the country can achieve in this regard.”