On Monday, 21st of March 2016, eleven dinners were held simultaneously in Ghana to celebrate French gastronomy, as a part of the Goût de France / Good France worldwide event. Ten restaurants in four cities from Ghana served a French dinner, while an exclusive dinner was also held at the Residence of France in Accra in the presence of His Excellency President John Dramani Mahama and Lady Lordina. 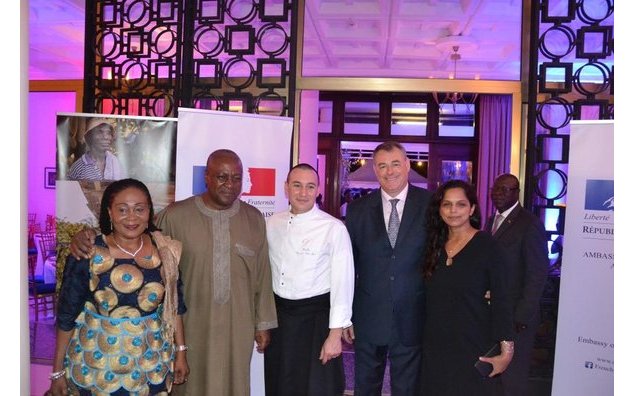 The Ambassador of France, François Pujolas and his spouse, welcoming H.E President John Dramani Mahama and Lady Lordina, in the presence of the guest chef Nicolas Nguyen Van Hai. 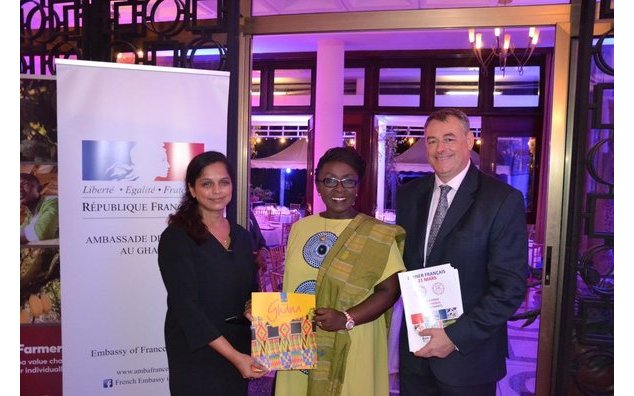 The Ambassador of France, François Pujolas and his spouse, welcoming the Deputy Minister of Tourism, Culture and Creative Arts, Honorable Abla Dzifa Gomashie. 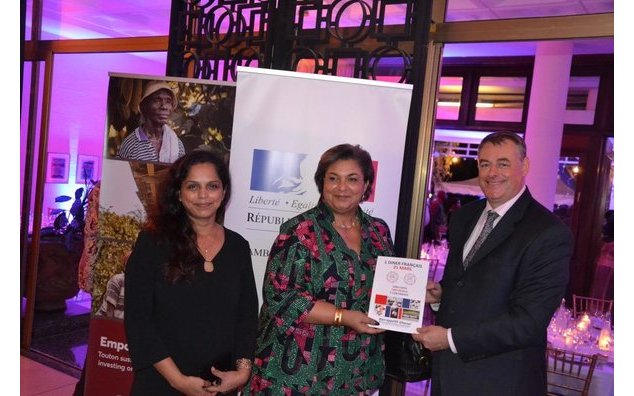 The Ambassador of France, François Pujolas and his spouse, welcoming the Minister of Foreign Affairs and Regional Integration, Honorable Hanna Tetteh. 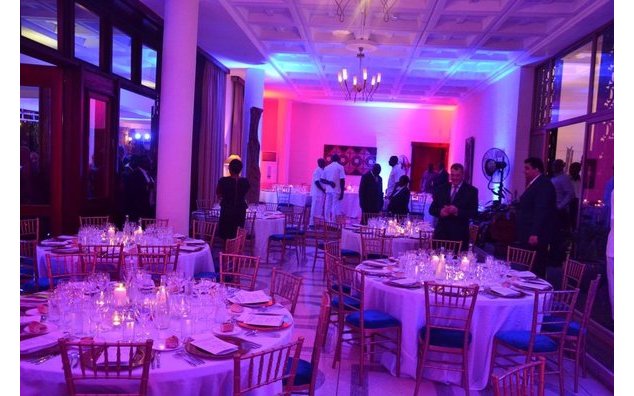 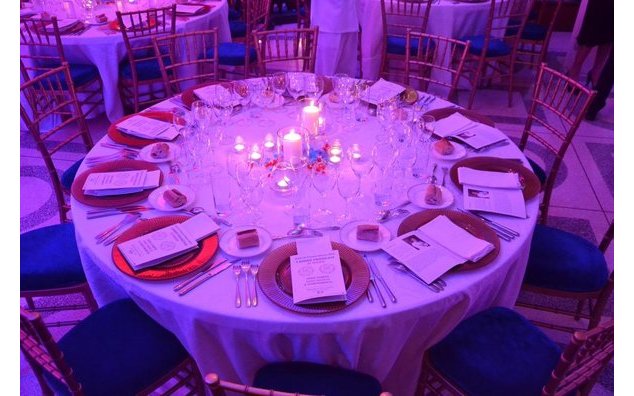 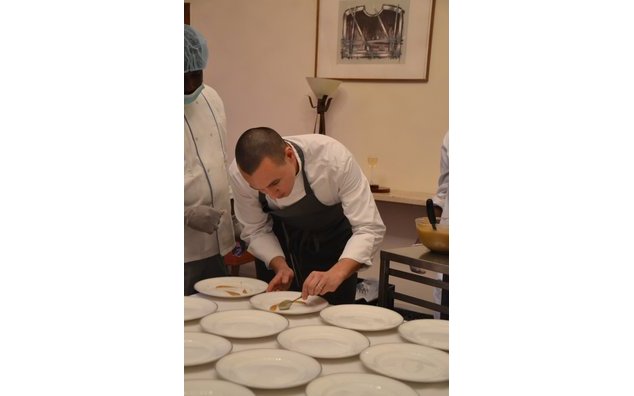 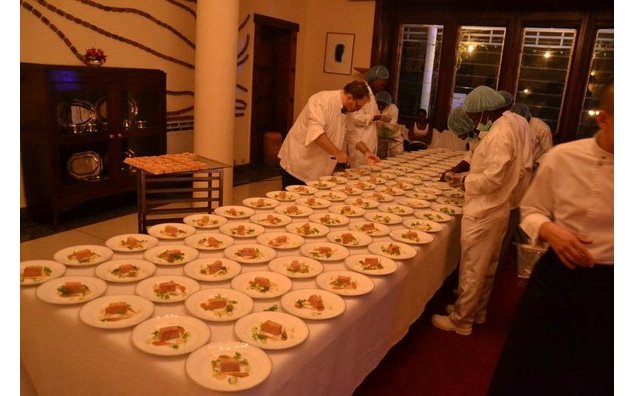 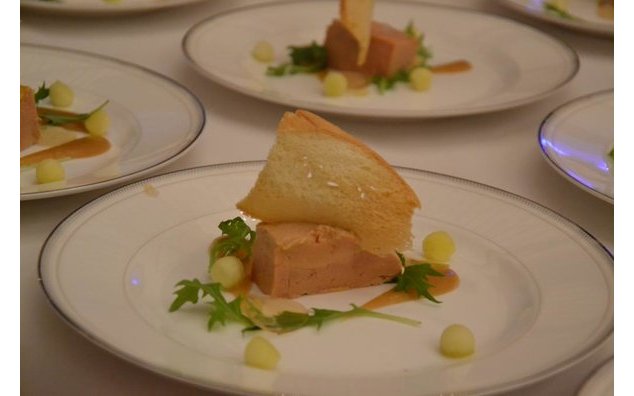 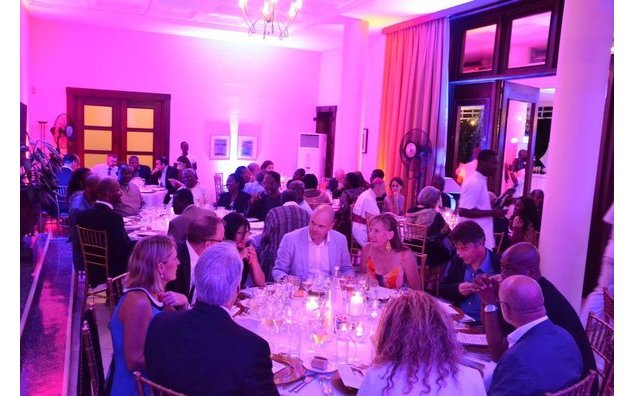 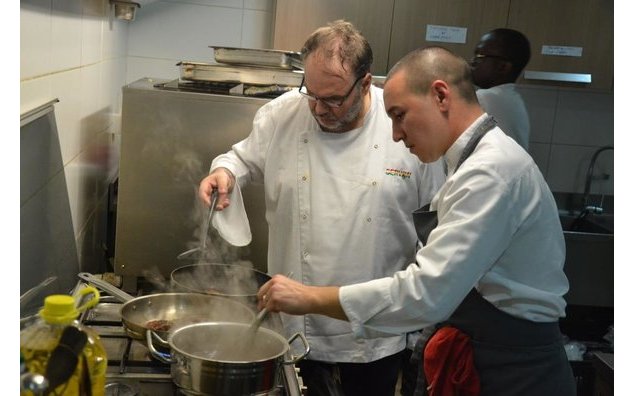 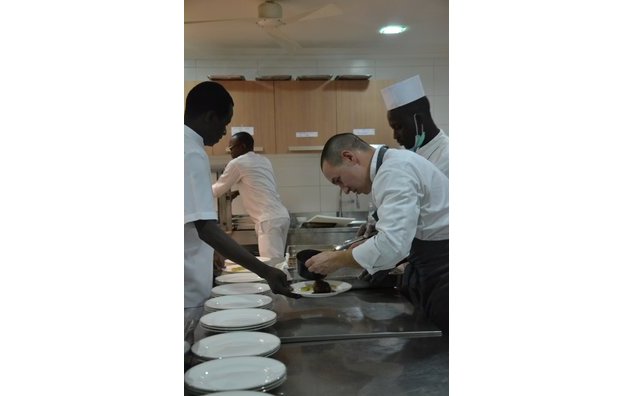 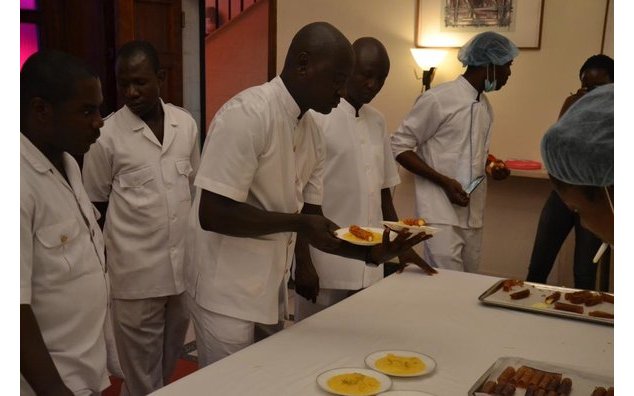 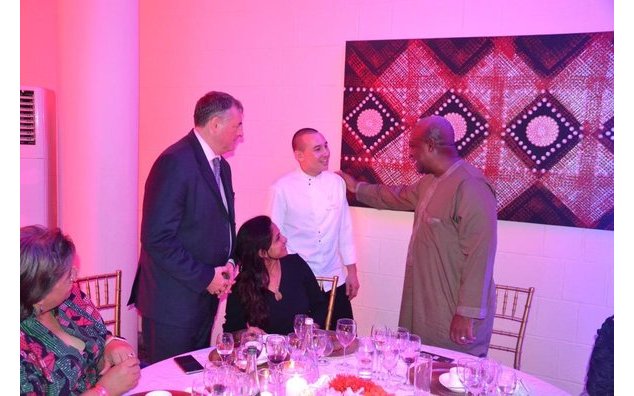 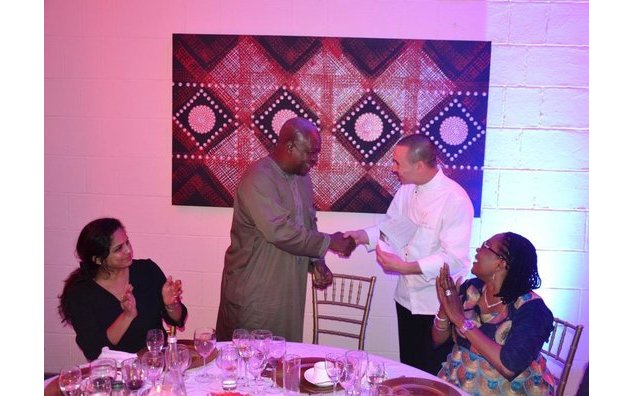 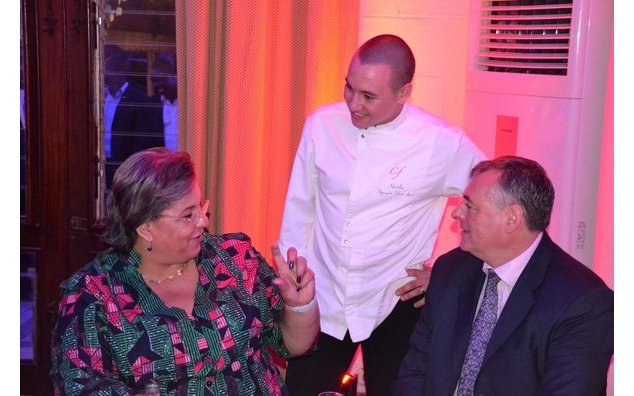 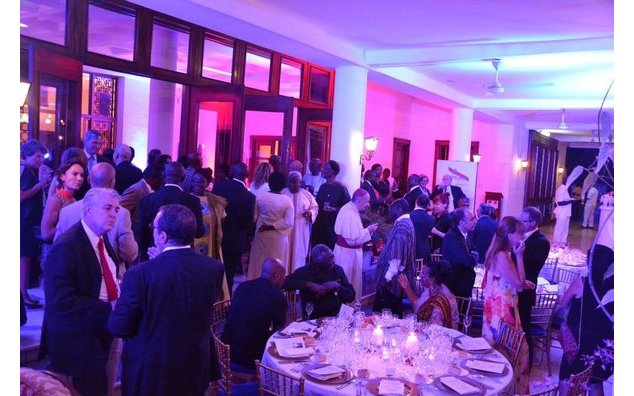 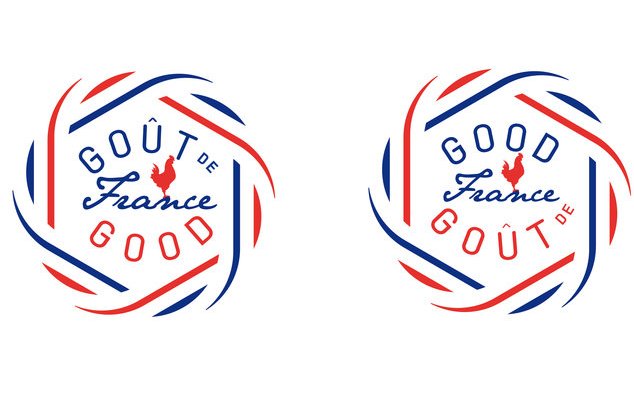 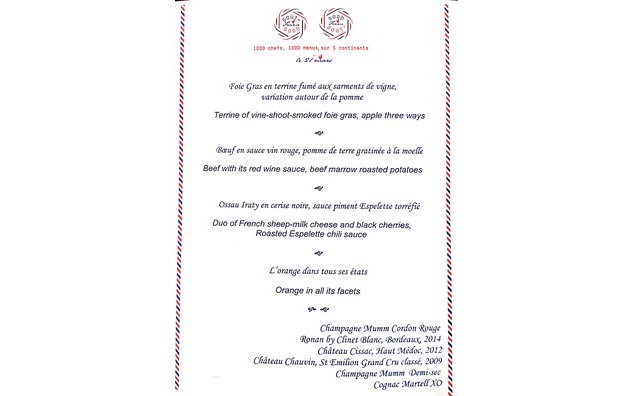 Menu at the Residence of France

Over 100 high-level guests coming from Ghanaian political, economic, academic and cultural worlds enjoyed the five-course menu prepared by the French Chef Nicolas Nguyen Van Hai, from the famous restaurant Chapeau Fin in Bordeaux who flew to Accra especially for this occasion. Wine from the same region and champagne were also served. This event with an invited guest chef from Bordeaux, France falls in line with the follow up to the visits of the Bordeaux delegation to Accra in Last February to explore cooperation with Ghana, upon invitation from H.E President Mahama during his previous bi-lateral visit to France last year.

In Ghana, the participating restaurants were based in Accra with Bistro 22, Chapter One (Villa Monticello), Le Tandem, Papillon (Kempinski), Sankofa (Movenpick) and The Orangery; in Takoradi with Euphoria (Protea Hotels) and The Pub; in Akosombo with The Royal Senchi Hotel; and in Kumasi with The View. A numerous and curious gourmet public filled the restaurants’ tables to savor the exclusive French-inspired menus that had been created especially for this occasion. Each chef offered a menu “à la française” in his/her restaurant with a traditional French aperitif, a cold starter, a hot starter, fish or shellfish, meat or poultry, a French cheese (or cheeseboard), a dessert, French wines and digestifs. The chefs were also free to highlight their own culinary traditions and cultures and of course to use local products.

This event gave an opportunity to Ghanaian Gourmets to enjoy French food and wine here in Ghana, where there is an increased interest in French cuisine. Their support and positive feedback is a proof that for next edition, there will be an even bigger participation.

Good France world-wide! This second edition of the Goût de France/Good France event was organized on the initiative of chef Alain Ducasse and the Ministry of Foreign Affairs and International Development. In 150 countries around the world, restaurants and embassies offered 1500 dinners to celebrate the French Gastronomy, listed by UNESCO as a World Cultural Heritage and tempted the public to savour a French dinner. In each participating restaurant, the event paid tribute to a vibrant, open and innovative cuisine, while remaining true to its values of sharing, pleasure, and respect for good food and for the planet.

Chefs from around the world took advantage of French gastronomy’s assets to express their talent and expertise, and, with 85% of the chefs participating being foreigners, the menu displayed a rich diversity, promoting local specialties and openness to the outside world. Now, more than ever, gastronomy is a leading aspect of France and its culture.

To conclude, it was an opportunity to share with Ghana the values that the French cuisine represents: conviviality, respect for our planet and its resources, and cultural openness.